Evelyn Jacks is president of Knowledge Bureau and author of 52 books on personal tax and family wealth management.

The sensational reports on the Panama Papers imply extensive tax-evasion activities by some of the world's richest and most powerful people. But the reports also bring attention to the essential ideals of a tax system – fairness, equity, simplicity and compliance.

Canada has such a system, by and large. More than 93 per cent of individuals voluntarily file a self-assessed return. Further, 90 per cent of taxes and tax instalments are paid on time and 95 per cent of known businesses file GST/HST returns. These results meet or exceed Canada Revenue Agency performance targets.

One reason why we are so compliant is that the government usually owes us, because of the overwithholding of taxes at source. Of the 28.6 million filers in Canada last year, 58 per cent expected refunds that averaged $1,780; just 18 per cent owed an average of $5,800. Nearly seven million people file nil returns, most in order to receive refundable tax credits.

Canada does have an underground economy, which generates its share of economic activity. Even "average people" participate in evasion, the intentional understatement of income or the overstatement of expenses or entitlement to tax credits.

The underground economy saw a 14-per-cent increase in activity from 2007 to 2012, 3 per cent slower than the overall growth in Canada's economy. Still, this represents 2.3 per cent of gross domestic product – about $42.4-billion, according to Statistics Canada. The underground economy is primarily concentrated in residential construction, retail, accommodation/food services, and finance, insurance, real estate, rental, leasing and holding companies.

When it comes to international tax crimes, there are two key problems. The first is tax residency. Canadians pay taxes on worldwide income, based on their permanent residency in Canada. That's a surprise to some, who think they can own pensions, undeclared rental properties or secret investments abroad without tax consequences.

Those who have truly made a mistake can voluntary disclose, but if the CRA comes knocking first and can prove a deliberate attempt to defraud the government, there are penalties.

International non-compliance can also occur when funds are transferred offshore, when there are undeclared offshore trusts or schemes that include offshore business transactions. The CRA has been paying attention – reaping $7.8-billion in 2014-15, according to the CRA's most recently posted annual report to Parliament.

Meanwhile, Canada has been active in the efforts of Group of 20 countries and the Organization for Economic Co-operation and Development to address base erosion and profit shifting, targeting tax planning by multinational enterprises.

Canada is also moving to introduce new legislation that strengthens transfer-pricing documentation. In addition, under the Excise Tax Act, the CRA will be provided authority to require security for payment of assessed amounts and penalties over $10-million.

And last year, we committed to implement the OECD/G20 common reporting standard for the automatic exchange of financial account information with 90 jurisdictions, beginning in 2018.

However, the biggest issue raised by the Panama Papers is the availability of secret accounts and anonymous corporations in tax havens. It's difficult to enforce compliance and cross-border initiatives no matter how good the rules.

In Canada, the issue requires an understanding of who is hiding money and why, and a collaborative approach to fighting it. The C.D. Howe Institute did an interesting study in 2012, after Ontario began taxing those with taxable incomes above $500,000. Since then, a new federal high-income-tax bracket and rate (33 per cent) and several provincial copycat initiatives have emerged, pushing some marginal tax rates well over 50 per cent.

The report estimated that, with proper planning, it's possible to reduce taxable income by more than 10 per cent in the long run. Tax avoidance within the framework and intent of the law is legal, after all.

More significant, however, is the report's conclusion that if high-income earners respond to punitive taxes by reducing their labour supply and earning less over the longer term, high-income-tax brackets and rates will be ineffective, putting fragile economic recoveries at risk and reducing, rather than supplementing, personal income-tax revenue.

For policy makers, the quest for fairness, equity, simplicity and compliance remains ongoing.

For most Canadians, meanwhile, April is about voluntary tax compliance and self-assessment. We do it to a high level of accuracy and compliance, quite possibly because we believe it's a privilege to file an accurate and complete return on time, to our family's best advantage within the law. 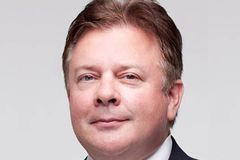 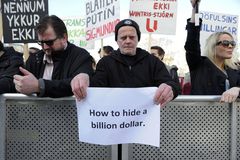