The U.S. Fed's recent decision to raise rates raises the question of whether we in Canada should follow suit. It also raises a broader question: How can the Bank of Canada, with only one policy instrument – the overnight interest rate – hope to target its many implicit goals?

For example, if inflation is below the Bank's target but so is the value of the Canadian dollar, leaving the overnight rate low will help hit the inflation target, but not the exchange-rate target.

Though inflation is the Bank's only official target, it is clearly concerned with many other goals, not least the exchange rate. As Robson and Kronick correctly argued in these pages on Dec. 21, under present circumstances keeping the short-term rate low is the appropriate policy because our inflation rate is below its 2-per-cent target, and so also is the exchange rate, given the need to stimulate the sale of exports other than oil. But the current coincidence of two desired goal levels with just one instrument level is just good luck. In general, it is an axiom of policy making that for each additional goal, an additional instrument is necessary.

Central banks worldwide agonize about their frustration with trying to target a plethora of goals. Though they may be formally independent of their governments and thus political and public pressure, in practice they fret about inflation, unemployment, nominal and real GDP growth, exchange rates, stock prices, housing prices and the stability of their commercial banks. Some of them also brood about growing income and wealth gaps between rich and poor.

But most of them are equipped to target these implicit goals with just one tool: The overnight interest rate at which they lend to commercial banks. Simply put, all they can really do to impact any aspect of the economy is raise or lower short-term interest rates.

With but one instrument, they cannot simultaneously pursue the multiplicity of goals that today's electorate expects of them. As a result, central bankers are increasingly losing popular and political confidence because they cannot in practice overstep their traditional mandates of simply targeting inflation, unemployment, and at most growth.

Or, when they talk about doing so, they may, like Raghuram Rajan of India, lose their jobs. Indeed, U.S. president-elect Donald Trump may terminate Janet Yellen as Fed chair in 2018 because she is a bit too concerned about unemployment and income inequality.

It is not just unemployment and growth, and certainly not inflation of goods and services, that plague most modern economies, but rather housing and asset bubbles, debt, growing inequality and fear of financial instability.

The answer is either to give central bankers more tools, or to co-ordinate their policy choices with those of other agencies. Start with their ability to dictate both down payments on housing mortgages and margin requirements on borrowing to buy financial assets. Some would move on to setting reserve and capital requirements on banks. Historically, important central banks such as those of Japan, Korea and China adjusted the lending mix of commercial bank portfolios, with preferences for export industries, or infrastructure like highways, airports and ports. Or for agriculture or labour-intensive industry or high-tech industry, depending on whether the context was Burma, Bombay or Berlin. The room for this kind of expanded mandate for central banks is relatively wide in some countries but very limited in others, the United States in particular.

In Canada, we have only five or six big banks. Our Office of the Superintendent of Financial Institutions has jurisdiction over not just banks but also trust and loan companies and insurance companies. Thus, during the dramatic U.S. financial meltdown of 2007-09, Julie Dickson, former superintendent of the OSFI, and the Bank of Canada's former governor, David Dodge, were able to sit the big banks around a table once a week to co-ordinate policy. It was also relatively easy to co-ordinate mortgage policy via the Canada Mortgage and Housing Corporation, and even stock market policy via the Ontario Securities Commission, which is deferred to by the other nine provinces.

Not so in the United States, where supervision of banks is shared between the Federal Reserve, Comptroller of the Currency and Treasury Department, not to mention a plethora of state agencies. Mortgage and stock market regulation is similarly fragmented.

In Europe, fragmentation is even more complex because the euro zone is made of 19 separate countries, and the other nine members of the European Union each have separate central banks.

In short, the political prospects for providing the world's major central banks with either more policy tools, or co-ordination of existing tools with other agency, are dim. Nevertheless, the dangers of not doing so are pressing. Canada has one of the highest ratios of household debt to GDP in the developed world. It is a bubble that could burst. The U.S. stock market is seemingly overvalued. The British housing market is vastly inflated.

The heart of the matter is a mismatch between tools and goals. For a decade or more prior to 2007, central bankers typically targeted the inflation rate, and that seemed to work. Since the financial crisis, they have been expected to do far more than is traditionally asked of them.

One solution is to give central banks more tools: notably the power to dissuade speculative purchases of assets such as real estate and financial stocks. This kind of power is tricky in the extreme and has always eluded central bankers: instead they have retreated in recent decades to the relatively simple comfort of targeting the inflation rate of goods and services. This has proved inadequate: capital flows continue to be volatile, as do exchange rates, and asset bubbles continue to burst. One idea being aired, notably at the IMF, is to co-ordinate the regulation of short-term capital flows internationally. And an alternative to attempting national asset-price targets is to co-ordinate with mortgage and securities regulators.

In short, we now hear sharp and sometimes desperate debate between those who want central banks to be pared back and those who want their powers to be expanded. It is a seemingly arcane debate but it has profound implications for Main Street as well as Wall Street. 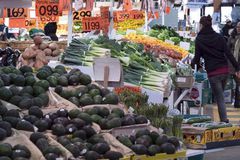