Michael von Massow is an associate professor at the University at Guelph who researches animal welfare and consumer perceptions.

Earls Restaurants brought gratuities back into the public's consciousness this week by launching a no-tipping restaurant in Calgary. The Angus Reid Institute further fuelled the discussion by releasing a poll suggesting that a plurality of Canadians prefer the existing system over one where higher prices are charged and service is included.

The Earls model is to add an automatic "hospitality charge" of 16 per cent to the bill, which was not one of the options provided in the Angus Reid survey. Disagreements continue within the restaurant industry on whether an "all-in" price or a service charge is the best approach, but it's notable that 40 per cent of people surveyed said they preferred the new approach. It suggests that there is appetite for change among a significant portion of the dining public, independent of the benefits to restaurants, which are well documented.

Some sort of change is inevitable, as the current business model is unsustainable. There are a wide range of operational reasons, but the main driver is a desire to divide the benefits of tips more equitably among restaurant staff. Kitchens are chronically and significantly underpaid, and research suggests that while tips are not strongly correlated to service quality, that service quality is affected by the expected tip given a server's assessment of the customer. Removing the opportunity for such subjectivity could generate a more consistent customer experience and is clearly in the best interest of both customers and restaurant managers.

Another potential driver of change that has received much less attention is related to taxation. Relevant to the restaurant industry was a recent Canada Revenue Agency announcement about a four-year audit of pharmacists, which looked at unreported income from rebates paid by generic drug companies. The CRA found $58-million hidden by approximately 1,000 pharmacists across the country, an average of $58,000 per individual.

For servers, the connection between tips and taxes is an elephant in the room. It's estimated that customers leave at least $4-billion a year in tips in Canada. It's not clear what proportion of that money is declared, but it's definitely not all of it.

Tracking tips would be easy. More than 90 per cent of restaurant transactions are paid with a credit card, where the tip is highlighted and separated. In California, restaurants are required to report tips so the U.S. Internal Revenue Service can track reporting when servers file their tax returns. Even without required reporting, targeted audits of a few restaurant companies would very easily identify whether there are gaps in reporting.

This would be unpopular with servers. It would also be problematic for many, as tips are usually paid out in cash. The savings rate on daily cash is likely much lower than it is on a direct-deposit payroll cheque. On the other hand, requiring servers to pay the tax owing on the income would close the gap between cash tips and a higher wage.

For restaurants, reporting would be onerous but manageable. A bigger issue would arise if the CRA insisted that restaurants withhold tax from credit card tips. That would mean the tip money was considered income and the restaurant would also have to pay payroll taxes on the tip money. In a low-margin business, this would be tough for most and fatal for some without a new business model.

There are many reasons to develop alternatives to tipping and change is probably inevitable. But the industry is still coming to grips with what that future may look like. 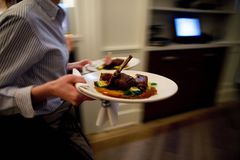 The zero per cent solution: Is it time to stop tipping in restaurants?
April 26, 2016 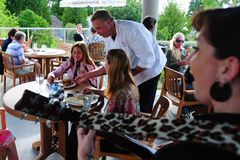