Yves Tiberghien is the co-director of UBC's master of public policy and global affairs program and a senior fellow with the Asia-Pacific Foundation of Canada.

What is the significance of China's surprise devaluation of the renminbi and the subsequent shockwaves across foreign exchange markets, stock markets and commodity markets?

This week's events combined a minimal devaluation of the renminbi with a move toward liberalization of China's exchange rate policy. The trigger was not export competitiveness, but concerns about large expectations building up in the market in favour of a devaluation, leading to high and volatile capital outflows. The spot market had put downward pressures on the renminbi over the past eight months (and, in fact, since early 2014) because of China's economic slowdown and vast capital outflows.

The deeper motivation is the commitment of the People's Bank of China toward gradual capital account opening and a floating exchange rate. The International Monetary Fund acknowledged this in its Tuesday press line: "The new mechanism for determining the central parity of the renminbi announced by the [PBoC] appears a welcome step as it should allow market forces to have a greater role in determining the exchange rate."

The move is seen as helping the Chinese case for joining the special drawing rights used by the IMF alongside the U.S. dollar, the yen, the euro and the pound sterling.

The renminbi adjustment that took place between Tuesday and Friday is both limited and significant. Limited, because the combined spot rate devaluation of the renminbi relative to the U.S. dollar in that period was only 3.9 per cent (from 6.15 to 6.39). Contrast this against the 20 per cent depreciation of the Canadian dollar or the euro relative to the greenback over the past 12 months, or the 22 per cent depreciation of the yen in the same period. This move opened the door to further slide based on market forces.

It is nonetheless significant, because it was accompanied by a commitment from the PBoC to adjust its daily fixing more actively in response to market pressures. Although the bank sets the fixing (midpoint rate), it allows the renminbi to fluctuate within a 2-per-cent band around this midpoint rate. Since Tuesday, the PBoC has taken into account the movements within that band when fixing the next morning's fixing rate. Initially, on Tuesday, the bank devalued the fixing by 1.9 per cent. On Wednesday, in response to downward market sentiments, it set the fixing a further 1.6 per cent down, but later intervened in the market to defend that point from further downward pressures. With this dynamic new game, we have entered a period of increased volatility during which economic news and capital flows will lead to movements in the renminbi.

This leads to third element that rattled markets this week: the first move by 1.9 per cent on Tuesday was a surprise move and markets dislike surprises. It takes days to calculate all the secondary and third implications on corporate earnings by sector, commodity prices and other currencies. Further, the new situation of a managed float for the renminbi means that investors and lenders will need more dynamic foreign-exchange assumptions in their various decision models. All this takes time and creates short-term uncertainty.

Given the centrality of the renminbi to the global economy and the competitiveness of nations, many political leaders and analysts have been quick to call this a new episode in the global currency war. The Malaysian ringgit already fell by over 3 per cent and observers argue that countries around Asia will have to follow suit. Yet, given the minimal size of the adjustment and market realities, this analysis is wrong. The People's Bank of China is well connected to the G20 community and the U.S. Treasury and it primarily focuses on managing the domestic economy, rather than playing mercantilist games. So, it is wrong to see this as a political move.

Others are linking the sudden Chinese adjustment to renewed fear of impending Chinese economic collapse and possible panic in the Chinese government. The Chinese economy is indeed in the midst of serious deceleration because of a large drop in investment, coupled with weak export numbers, as shown by a battery of indicators, such as transport data, utility and energy data, or import data. Yet, consumption continues to increase by more than 20 per cent a year.

On the whole, the government still holds various fiscal and monetary tools, as well as control over the banking system. Over the coming months, it will gradually use such tools in order to combine an internal restructuring of its growth model with a managed soft landing. Growth may miss the 7-per-cent target this year, but will at most drop to 6.7 per cent. Over the medium term, pent up consumption and massive urbanization will ensure robust growth of around 6 to 7 per cent per annum. We are still far from a panic.

The surprise but limited devaluation of the renminbi is, on balance, a positive move toward a market-driven exchange rate. It will have a limited but real impact on corporate earnings, Chinese borrowers who issue bonds in U.S. dollars and on commodity markets. Canada should welcome the PBoC's new market orientation, while adjusting to the new volatility.

Opinion
Worry about China’s devaluation for what it means, not what it does
August 12, 2015 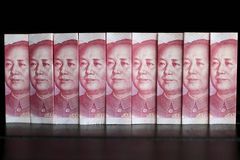 China's currency cut hits markets, but is it an 'overreaction'? Subscriber content
August 11, 2015 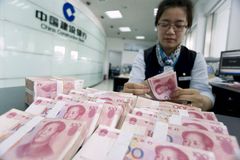