Don Forgeron is chief executive officer of the Insurance Bureau of Canada.

Climate change has moved from future threat to present danger. Extreme weather events are increasing in frequency and severity. The Parliamentary Budget Officer (PBO) recently estimated that the financial cost of natural disasters driven in part by climate change will, over the next five years, be far greater than previously estimated.

Policy makers must fully accept and swiftly adapt to this new reality – even as they continue with efforts to combat climate change over the longer term.

The numbers are harrowing: The PBO predicts that storms, hurricanes and floods linked to climate change will cost the federal disaster fund $900-million annually over the coming five years. That compares to an average of just $54-million a year (in adjusted 2014 dollars) for the period between 1970 and 1994.

That $900-million-a-year estimate is well in excess of what the federal government has currently set aside to deal with such events.

Floods are expected to cause the bulk of the damage, largely as a result of multiple-day rainfalls across the Prairies and Rockies. The Insurance Bureau of Canada (IBC) recently mapped the flood risk to people across the country and found that 19 per cent of Canadian households are at some level of risk.

And yet Canada is the only Group of Seven country without a national flood program. Many people in high-risk areas find it difficult or impossible to purchase flood insurance. As a country, we therefore remain exposed to the safety challenges and financial costs that will invariably accompany severe weather threats.

The Disaster Financial Assistance Arrangements program, operated by Public Safety Canada, is the primary source of financial assistance for provinces in the event of emergencies. But according to the PBO, the fund is not adequately supported in the government's current fiscal framework.

Some flood-related progress is already under way. Through its green infrastructure funds, the federal government is taking steps to help mitigate certain risks. Many provinces such as Alberta are also investing in infrastructure to reduce or eliminate some of the potential damage of flooding. These initiatives are important and useful – but they will not address the full scope of the challenge ahead.

More comprehensive action needs to be taken. Targeted investments in detailed flood mapping and forecasting could help municipalities allocate their resources more effectively. At the same time, local governments could do more to avoid creating potential flood threats by taking greater care in land-use planning. Meanwhile, the PBO itself pointed out that the creation of a flood insurance market in Canada could significantly reduce the financial burden on taxpayers.

For many communities and areas in Canada, flooding represents the first tangible challenge presented by global warming. Canada needs a national flood program built on collaboration and a keen awareness of our changing climate. The IBC is proposing a framework for the financial management of flood risk – with shared responsibilities among the insurance industry, all tiers of government and consumers. The time has come for our country to take a more disciplined and sustained approach to how we help people prepare for and recover from floods.

Any national strategy on climate change must include a comprehensive strategy to address the devastation caused by flooding. By taking action now, we can help minimize costs to taxpayers and better equip homeowners for the risks and challenges ahead. 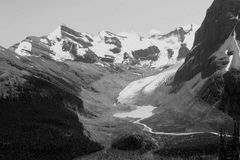 Sea levels could rise much more than expected in next century: study
March 30, 2016 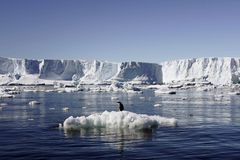