The federal government has made reconciliation with Indigenous people a centrepiece of its agenda.

For the most part, the early efforts have been heavy on symbolism and good intentions, but sparse on action. The government has moved to improve drinking water in First Nations and it's handing over more autonomy for education. It also launched the National Inquiry into Missing and Murdered Indigenous Women and Girls and unequivocally endorsed the UN Declaration on the Rights of Indigenous Peoples. Attend a performance at the National Arts Centre in Ottawa and you're greeted with the message that you are on "unceded Algonquin territory."

It's all part of Prime Minister Justin Trudeau's effort to forge a new relationship.

But as Mr. Trudeau prepares to meet provincial premiers and Indigenous leaders in Ottawa this week, there is scant attention being paid to the downside economic risks of getting Indigenous policy wrong.

A new report being released Monday by the Centre for the Study of Living Standards says dramatically boosting the lagging participation of Indigenous people – particularly youth – in the labour market holds the key to Canada's future prosperity.

"Indigenous … people will form a rapidly growing portion of Canada's labour force," according to the report by economists Don Drummond, Andrew Sharpe, Alexander Murray and Nicolas Mask. "How the large Indigenous youth population in particular fares economically will determine to a very important extent how the Canadian economy fares."

The economics are pretty straightforward. Canada's Indigenous population is generally younger than the rest of the country and it's growing at a much faster rate.

Indigenous people accounted for just 3.5 per cent of the working-age population in 2011. The report projects that share will nearly double by 2036.

The problem is that right now Indigenous people are much less likely to be in the labour force – either working or seeking a job. Their labour-force participation rate is five percentage points less than the non-Indigenous population. The gap is a disturbing 12.4 percentage points among 15 to 24 year olds (48.8 per cent versus 61.2 per cent).

Canada urgently needs more Indigenous people to be working. The country's labour force is projected to grow much more slowly over the next decade as the baby boomers continue to retire. That will put a lid on the economy's potential to grow.

Slower growth is the new normal for Canada and other developed countries, largely because of demographics.

Boosting immigration, as the government is already doing, will help. But closing the Indigenous labour-force participation gap offers an even more dramatic upside for the Canadian economy. Indigenous people would contribute as much as a fifth of the growth in the labour force over the next 20 years, the report predicts.

Close the education gap, employment and income gaps and Canada's economy would be more than $36-billion larger 15 years from now.

In some parts of the country, Indigenous people are expected to account for the bulk of future labour-force growth – up to 83 per cent in the three northern territories, 72 per cent in Saskatchewan and 52 per cent in Manitoba.

The bottom line is that Canada's economic growth going forward "will be heavily influenced by the aboriginal population," the report concludes.

The analysis offers a refreshing way of looking at Indigenous issues.

Reconciliation shouldn't just be about righting past wrongs. It's about making a place for a massive generation of young Indigenous people in the economy of tomorrow.

It won't be easy to integrate this coming wave. For the most part, the quality of education in First Nations remains well below the standard in the rest of the country. The result is that too many young Indigenous Canadians don't have the basic skills they'll need in the workplace. Less than half of 15 to 24 year olds are in the work force now.

They may already be part of a lost generation.

But economics strongly suggest that whatever Ottawa and the provinces do to get more Indigenous people into the work force will pay huge dividends.

The Canadian economy is depending on it. 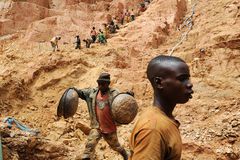 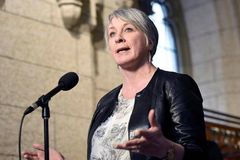