It was a memorable moment in the campaign, with a question in reference to a reasonable threshold for Quebec's secession from Canada. Mr. Trudeau had a deft debate response. He spoke to the number of Supreme Court justices that supported the need for a strong majority.

Mr. Trudeau, now Prime Minister, got some new numbers on Tuesday from an international survey that scores Canada's budgetary system for transparency, public participation and oversight – 71, 39 and 57, respectively. These are weak numbers that will require systemic reforms to address.

This is the first time Canada is joining 114 other countries that took part in the International Budget Partnership's (IBP) Open Budget Survey (OBS). This is a significant undertaking. The survey is comprised of more than 100 questions (based on internationally accepted criteria), and completed using documents published up to Dec. 31, 2016.

This is not an easy process – comparing countries as institutionally diverse as Sweden and Saudi Arabia can only be accomplished with a high-level aggregate view. Full disclosure: We at the Institute of Fiscal Studies and Democracy (IFSD) completed the survey that was subsequently reviewed by independent researchers and Government of Canada representatives.

The OBS is the only survey of its kind that attempts to assess the health of a country's budgetary process, its related documents and its capacity for citizen engagement through three categories: transparency, public participation and oversight.

Transparency in the survey is about the availability, utility and accessibility of a series of documents released throughout the financial cycle. Canada scores a B-minus, or 71 out of 100, in this category. This places us behind countries such as Sweden, Norway, South Africa and New Zealand that score well more than 80/100, just below countries such as the United States (77/100) and above the global average of 42/100, which includes developed and developing countries.

Canada produces most of the required documents with the exception of a citizens' budget. It is a document that presents budget information in a more accessible manner so that it can be read by a general audience.

Canada also suffers from some weak reporting practices that put a dent in our transparency score. Let's be frank: We can't add up departmental spending and align it with budget plans, which limits understanding of the government's overall spending plans. So this needs to change. We agree with IBP when it suggests that Canada needs improvement. To do this, Canada should align its departmental spending with its budget plans. Producing a citizens' budget shouldn't be too difficult either. Countries from Australia to Zambia produce one already.

Most countries struggle with finding effective ways to have the public participate in budgetary processes. Canada scored 39/100 in this category, above the meagre global average of 12/100.

From IBP's perspective, we do well in Canada with prebudget consultations, as Parliament and government connect with citizens across the country for ideas about and input into the budget. But what comes of those suggestions is often much less clear. To enhance public participation, IBP suggests piloting mechanisms to get citizens involved in monitoring the implementation of the budget and providing more opportunities for citizens to engage on audit reports.

When it comes to oversight, Canada gets a slim passing grade of 57/100. In this category, the survey looks at the role of the legislature and its supporting organizations such as supreme audit institutions including Canada's federal Auditor-General and independent fiscal institutions such as the Office of the Parliamentary Budget Officer.

Our passing grade is a function of adequate oversight from the AG on budgetary matters. Canada, however, fails miserably (a grade of 29/100) when it comes to overall legislative budgetary oversight.

Canada's reporting practices put Parliament at a severe disadvantage when it comes to fiscal oversight. The different accounting languages and delayed tabling dates mean Parliament can't get a full picture of planned spending when it's being asked to approve or reject it.

To do better, IBP suggests that Canada table its budget in Parliament at least two months before the start of the new fiscal year and ensure its main estimates and budget are integrated. We agree. It's common practice in other countries to integrate the budget and estimates.

It's clear that our budgetary system is in need of repair. In two years, when we get updated numbers from the survey, they should be better than 71, 39, 57. 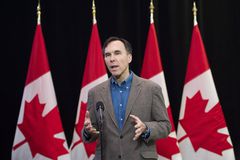 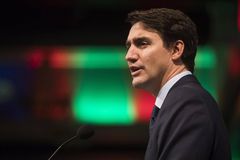