At the most recent Group of 20 meeting, the conflict between the United States and the other participants over support for the Paris climate accord garnered most of the attention, while an unexpected transformation was overlooked: The energy economy is changing faster than world leaders recognize.

In fact, renewable energy is becoming so cheap, the United States will likely meet its commitments under the Paris agreement regardless of whether the country withdraws, according to one technology commentator. With the costs for renewable-energy sources (especially wind and solar) plummeting, and improvements in battery technology and storage capacity occurring at a furious pace, the end to the carbon-based energy era is in sight.

Our dependence on coal, petroleum and natural gas as energy sources is so extensive that it is hard to imagine it ending. Nonetheless, evidence is growing that the transition to a postcarbon energy economy is gaining momentum. While governments focus policy efforts on regulating and enticing producers and consumers off their reliance on carbon-based energy, few seem prepared for a world in which the supply of alternative energy sources and the demand for them are driving this change at a faster pace than regulatory frameworks can.

Bloomberg's Electric Vehicle Outlook predicts that by 2040, electric cars will account for 54 per cent of new-car sales and 33 per cent of the global car fleet, thanks to cheaper batteries and a shift in auto production.

The transition to electric vehicles, autonomous vehicles and "transport-as-a-service" (dubbed TaaS) will decimate the auto and oil industry by 2030, predicts Tony Seba, a Silicon Valley analyst. By 2030, 95 per cent of passenger miles travelled in the United States will be in fleets of on-demand EVs and AVs not owned by individuals, he predicts. This transition will disrupt existing automotive value chains and a host of ancillary industries, from automotive repair to insurance and will be driven by savings – about $5,600 a year per U.S. family – not by regulation. Demand for oil will peak in 2020 and tumble by 2030, leading to declining prices and the stranding of existing oil reserves.

While Mr. Seba's forecast may seem farfetched, his analysis is based on past transitions. Between 1918 and 1930, car ownership rose from 7 per cent to 48 per cent of U.S. households, driven by affordable consumer loans. The lesson: When the consumer economics for a new technology reaches a tipping point, the pace of change can accelerate dramatically.

A recent study concluded that the total cost of car ownership over a four-year period was 10 per cent cheaper for electric vehicles than gas or diesel in 2015, when subsidies were factored in. The study, by researchers at Leeds University in Britain, estimated that pure electric vehicles will be cheaper to own and operate by 2025 without any subsidies.

Skeptics doubt whether the transition will occur at the pace predicted. There are many obstacles to surmount, not least the need to upgrade and transform the electric utility infrastructure to accommodate the coming demand. However, the critical policy issue is not how soon the transition will occur, but which countries will be ready for the postcarbon era. The odds are it will happen sooner than most anticipate.

The implications are staggering for industrial economies such as North America's, which is both heavily invested in the auto industry and dependent on carbon-based energy production. The coming transition poses a massive challenge on both the production and the consumption sides of the energy ledger.

Moreover, if we think that the effects will be limited to the manufacturing and energy sectors, we are in for another surprise. In 2015, Mark Carney, former governor of the Bank of Canada and current Governor of the Bank of England, warned of the financial risks to pension and investment funds inherent in leaving proven oil reserves in the ground to meet climate-change goals. The impact will be just as severe if the carbon era's demise is driven by demand for new technologies instead of climate change regulations.

Whether this shift occurs by 2030 or by 2040, we have little time to prepare for the massive adjustment required in energy infrastructures, transportation support, urban design and planning, and the way financial investments are valued. Public policy transitions move at a much slower pace than technology transitions. Now is the time to act. Policy makers need to anticipate the massive economic, financial and institutional disruption this transition will entail. We must adopt a pro-active approach to transform our policies and institutions to ensure affected countries create a strategic advantage in this emerging energy paradigm. 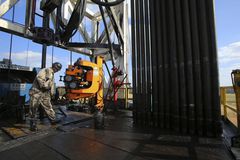