A curious malady afflicts corporations whenever environmental regulations are proposed. Pro-corporate pundits ritually extol the magic of markets, the superpowers of corporations to leap over the steepest of obstacles in a single bound. But as Nobel laureate economist Paul Krugman wryly observes, the mere mention of even modest environmental regulations – a phased-in cap on GHG emissions, a price on carbon far below its true cost – is corporate kryptonite. Once omniscient and omnipotent corporations crumble in the absence of anything short of complete regulatory certainty.

The federal government's continuing review of its environmental-assessment regime is a case in point. The government's goal is to restore Canadians' trust in the government's regulatory processes by ensuring resource development is carried out sustainably, consistent with Canada's climate commitments, and with far greater participation of Indigenous peoples.

The Canadian Chamber of Commerce warns of costly duplication with provincial regulations, despite the government's commitment to a "one project, one review" approach. The Mining Association of Canada worries project proponents will now have to deal with cumulative environmental effects, including impacts from development not directly related to their projects.

The Canadian Association of Petroleum Producers (CAPP) declaims that "the uncertainty surrounding changes to government policies and regulations have resulted in increased cost burdens to the industry, ultimately affecting the upstream oil and natural gas sector's ability to attract investment."

These complaints are curious (where is that can-do corporate confidence when you need it?) and socially irresponsible.

Worst of all, they sell corporations short. According to the "Porter hypothesis" (named for Harvard Business School strategy expert Michael Porter), stringent and well-designed (i.e. performance-based) environmental regulations can actually enhance rather than reduce competitiveness. In particular, market-based instruments such as carbon prices can trigger innovation that more than fully offsets their compliance costs. Win-win.

Perhaps the most famous example of the Porter hypothesis is the Montreal Protocol on Substances that Deplete the Ozone Layer. Notwithstanding the chemicals industry's claims of excessively burdensome compliance costs, the protocol induced efficient and continuing technological innovation by providing a stringent but stable long-term regulatory framework.

Recent data also tend to support the Porter hypothesis. Econometric research conducted across OECD countries, for example, as reported in The Economist, demonstrates that an increase in the stringency of environmental policies does not harm productivity growth.

Canada's proposed overhaul of its environmental-assessment regime has the potential to be just such a form of forceful, yet flexible regulation, the kind that stipulates a performance-based outcome – enhanced sustainability – while leaving corporations to figure out how best to comply.

In a submission to the federal government, Strengthening Canada's Environmental Assessment and Regulatory Processes: Recommendations and Model Legislation for Sustainability, my colleagues and I flesh out the both the basic legal framework and the concrete legislative provisions required to put into operation the government's proposed approach. Our report shows that an assessment regime premised on enhancing sustainability is capable of delivering certainty, efficiency and environmental protection all at once.

But the clean-tech sector is not presently well understood, relative to other, more mature sectors of the Canadian economy.

Among the Conference Board's policy recommendations to induce innovation in the Canadian clean-tech industry is the inclusion of "high environmental standards" in NAFTA and future trade deals.

The corporate sector's cries for "streamlining" environmental regulations are really calls to roll them back altogether. Canada tried that once before; neither the economy nor the environment benefited. The time has come for a new regulatory approach – and for corporate Canada to contribute. 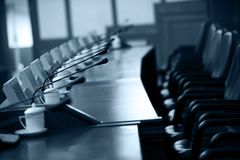 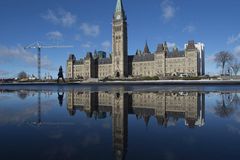