Tammy Schirle is an associate professor of economics at Wilfrid Laurier University and a member of the C.D. Howe Institute's pensions advisory panel

Has anyone ever looked at their paycheque and said, "I sure wish they'd take more of my money"?

That was the question posed by federal Opposition Leader Rona Ambrose Monday as federal and provincial finance ministers met in Vancouver to discuss proposals to expand the Canada Pension Plan. In the end, they agreed on a sizable expansion of the CPP. Is this what Canadians really want?

I honestly think the answer is yes – at least for the most part.

The main target for a CPP expansion has been a group of middle-income individuals who don't have workplace pensions. The public pension system will be central to financing their retirement. We know many of them simply fail to save.

CPP offers a commitment device, forcing individuals to put away part of their paycheque. In return, they get a monthly benefit in retirement for as long as they live.

And polls suggest people want this. Why? CPP offers many benefits that the market for private savings via RRSPs or TFSAs cannot. Some people need and want the commitment device. CPP offers insurance against the risk of outliving your savings account, something annuity markets fail to do perfectly. As employee pension coverage rates appear to be declining, especially among men, I suspect younger generations are looking for alternatives to obtain the kind of security that large employer pensions offer. With CPP being portable across all employers, a modest expansion of the plan is an attractive option.

While we await the details, Monday's announcement suggested an increase in the earnings cap for CPP, raising the level of earnings on which one makes contributions. There is also a new formula for benefits, resulting in higher income replacement rates in retirement.

How will all this matter for Canadians?

The proposed expansion gets at the target group of middle-income workers who fail to save. The concern is that the next generation of retirees might not have the same workplace pension coverage enjoyed by current retirees. Without more savings via CPP, they may have relied more on the Guaranteed Income Supplement, which is financed out of general tax revenues.

For example, right now the maximum annual benefit from CPP is $13,110, if people take up their benefits at age 65. If individuals take up their benefits early, at age 60, the maximum annual benefit is just $8,390. If people don't save and have no other retirement income, they will qualify for the Guaranteed Income Supplement paid to seniors. Currently, a single person over 65 can receive the supplement until their other taxable income, including CPP, exceeds $17,304. The new CPP formula raises benefits at 65 for an average worker above this threshold.

For Ontario workers, the CPP expansion means the province will drop its plan to introduce the Ontario Retirement Pension Plan. This would have expanded the earnings cap and increased income replacement rates by 15 percentage points. I had several concerns about this plan. Most importantly, the ORPP required higher contributions from low-income workers who are already well covered by Canada's retirement income system. Comments from Quebec's Finance Minister, Carlos Leitao, suggest this is a concern with the expansion of the CPP and was among the reasons Quebec was unsupportive of the expansion.

Another concern is that any increase in payroll taxes may be difficult for some employers to manage and could lead to a reduction in the number of jobs. Research has shown that as long as employees can see a clear link between their public pension contributions and the pension benefits they receive, they are willing to absorb that cost in terms of lower wage rates. In that sense, jobs are safe if the expanded CPP is something workers want. But it's not clear employees fully account for the various deductions and taxes managed by their employers.

Any concerns of employers and their employees should be tempered by the fact that any changes to the Canada Pension Plan will take time. We're in this for the long haul. 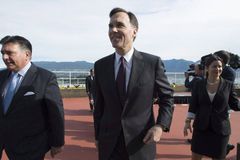 In your retirement planning, cash for life options are worth considering
May 15, 2016 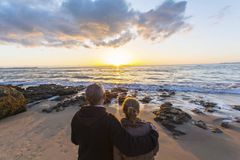 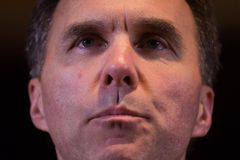