Michael Geist holds the Canada Research Chair in Internet and E-commerce Law at the University of Ottawa's Faculty of Law. He can be reached at mgeist@uottawa.ca or online at www.michaelgeist.ca.

The Canadian Radio-television and Telecommunications Commission released its much-anticipated Talk Broadband ruling this week, declaring Internet access a universal service objective, shifting funding for local voice services to the Internet and setting dramatically increased Internet speed targets for all Canadians. The decision was celebrated by many groups as confirmation that Internet broadband connectivity for all is a foundation of Canadian digital policy. But it falls short of a truly disruptive overhaul.

The ruling is about more than just declaring Internet access a basic service. After years of middling broadband goals, the CRTC stepped forward with a speed target worthy of a country that wants to see itself as an innovation leader. The target speeds of 50 Mbps download and 10 Mbps upload changes the Canadian conversation on broadband – the days of debating the sufficiency of speeds one-tenth as fast are now over.

Most importantly, the decision marks a fundamental shift in Canadian communications regulation, with decades of prioritizing voice access moving to the Internet. Shifting the local voice service subsidy to broadband Internet access takes the essence of a decades-old policy, designed to ensure that all Canadians had basic voice connectivity, and updates it to reflect how Canadians communicate today.

These are important developments that should not be underestimated. CRTC chair Jean-Pierre Blais faces no shortage of criticism, but much like his efforts to rethink Canadian television for a digital world, moving the CRTC's approach to telecom regulation to the Internet is as difficult as it is overdue.

Although the Commission has established a solid grounding for policies premised on universal Internet connectivity, many questions about the future of the Canadian digital landscape remain unanswered.

For example, the CRTC's updated targets for broadband connectivity are actually less ambitious than they appear at first blush. The target speeds are a significant improvement, but the Commission's own data indicate that 82 per cent of Canadians already have access to them. The CRTC wants to increase that to 90 per cent by 2021, with the remaining 10 per cent of the country getting there within 10 to 15 years.

It would be a stretch to describe expanding access to these target speeds to an additional 8 per cent of the population over five years as transformative. In fact, given the investments from various providers, it raises the question of whether Canada might reach that target without the CRTC's efforts. Indeed, the real challenge remains the last 10 per cent in rural and remote areas for which there are no easy answers.

Affordability goes hand-in-hand with access, yet the CRTC largely punted this issue, noting that "a comprehensive solution to affordability issues will require a multifaceted approach, including the participation of other stakeholders." That places much of the responsibility on the government, but the CRTC had the opportunity to push providers harder on affordability. The Commission points to innovative solutions from some companies – Rogers and Telus are obvious examples – but leaves observers to wonder why it did not go further by setting goals or targets for industry laggards.

The CRTC's approach on data caps also avoids strict regulation, settling instead for more information and tools for consumers to monitor and manage their data usage. Some ISPs already provide those tools and others will be required to do so within a matter of months. These requirements will be helpful for some, but they shun tougher regulatory options.

The proposed funding model for broadband – $100-million per year from the local voice subsidy and another $250-million over five years from telecom revenues that include Internet services – creates a useful source of funding that promises to expand access and enhance competition. Yet the CRTC admits that even more money will be needed, telling Innovation, Science and Economic Development Minister Navdeep Bains that "meeting the nation's broadband challenges will require billions of dollars over many years to come."

Given that the CRTC largely avoids imposing new regulatory requirements, it will take more than just money to meet Canada's broadband challenge. The Commission could have mandated broadband obligations, addressed affordability and curtailed data caps. By resisting further action, it has set a target for modern telecommunications services, but left much work to be done to achieve the vision of universal, affordable broadband Internet access for all Canadians. 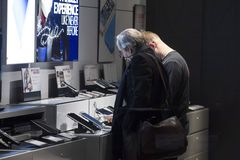 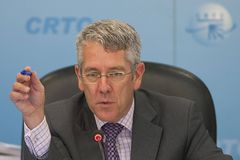 Marco Rubio asks CRTC to change Super Bowl ad policy
December 21, 2016
Follow us on Twitter @globeandmail Opens in a new window
Report an error Editorial code of conduct
Due to technical reasons, we have temporarily removed commenting from our articles. We hope to have this fixed soon. Thank you for your patience. If you are looking to give feedback on our new site, please send it along to feedback@globeandmail.com. If you want to write a letter to the editor, please forward to letters@globeandmail.com.
Comments