Peter Miller is a lawyer and consultant in the communications industry who has previously held senior executive positions with the Canadian Association of Broadcasters, CHUM Ltd. and S-Vox.

On Sunday, millions of Canadians will engage in a peculiarly Canadian ritual for the last time: We will sit down to watch the Super Bowl and complain about American ads being replaced by Canadian ones.

You know, the ads for companies such as Canadian Tire and Tim Hortons – the ones that help Canadian businesses employ thousands of Canadians.

The "good news" for those of us who complain – and seemingly don't have access to the Internet, where a YouTube microsite makes the U.S. ads available before the game even begins – is that if a Canadian Radio-television and Telecommunications Commission decision withstands a recent court challenge, this will be the last time we'll have to watch those Canadian ads.

Super Bowl 50, played between the Denver Broncos and Carolina Panthers, will be broadcast live on CBS. The game's Canadian rights are owned by Bell Media. The show will air on CTV and RDS.

In its decision last year, the CRTC ruled that Bell's right to replace U.S. ads with Canadian ones on this particular show – a practice known as simultaneous substitution or "simsub" – will cease in 2017. No other shows are affected. The basis for the decision is that nearly 100 of the nine million Canadian viewers complained about the practice.

If trends continue, more Canadians will watch the Super Bowl than Americans on a per capita basis. The National Football League's title game has become more popular in Canada than the Grey Cup. The NFL fully endorses, and has intervened in Canadian courts to support, Bell's right to replace U.S. ads with Canadian ones to maximize ad revenue. The CRTC's mandate is to "safeguard, enrich and strengthen the cultural, political, social and economic fabric of Canada," and yet it proposes, on the basis of a few complaints, to do the opposite.

How is it that Canadians can be so interested in a game from a foreign country, in a league that has no Canadian teams, and features two teams from cities the vast majority of us will never visit? And why does it matter whether the game features Canadian ads?

These are the kinds of questions that define Canadian broadcasting. We respect our neighbours to the south, but we don't want to be them. So how do we square that circle in a broadcast context? It does not appear to fit with a regime of government requirements and incentives that allow Canadian companies to monetize foreign content, and in return, create Canadian jobs and Canadian content. Canadian content includes news that's vital to our democracy, information that keeps us connected to our physical and virtual communities, and entertainment that, while often taking a back seat to U.S. fare, also helps define who we are. While by no means the only medium Canadians use, television remains one of the most influential.

More than half a century ago, Canada made a conscious decision to create a Canadian-owned and -controlled broadcast sector. Without regulatory intervention, we were on the path to a branch-plant Canadian broadcast economy: broadcast radio and television stations as owned and controlled affiliates of the likes of CBS and NBC. Some jobs here, but most of the product originating there and profits going there.

We chose a different path, and we have that same choice today.

As the CRTC's current hearings on local TV have brought to the fore, local media are under serious threat in Canada, not due to lack of consumption but a shift in the platforms we use to consume them – and an even more massive shift in who is monetizing it and how.

That's just the advertising dollars. It doesn't include subscription-based services such as Netflix, or "cross-border shopping" on Amazon and eBay. While some of these companies contribute to the Canadian economy with infrastructure, jobs and taxes, others maintain no infrastrastructure here and employ no Canadians but lawyers and lobbyists. They refuse to provide the most basic of information requested by government agencies, and pay no Canadian taxes.

There is nothing inherent in Internet technology that precludes Canada from having a vibrant media sector that provides maximum choice at the lowest cost.

It took enormous political will, and countless policy leaders of tremendous ingenuity, to create the Canadian broadcasting system and seed its spectacular growth, through periods of constant change, until only a couple of years ago. It will take no less political will and ingenuity to ensure that it serves Canadians equally well in future.

That work has to start somewhere. Reversing the CRTC's decision on simulcast might not appear terribly significant in the grand scheme of things, but it would be a good a place to start.

Opinion
Football aside, Super Bowl matchups are also a battle of the brands
February 6, 2016 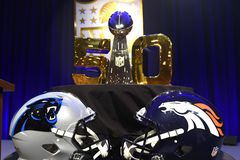 Super Bowl ads love celebrities, but are they worth the price tag?
February 4, 2016 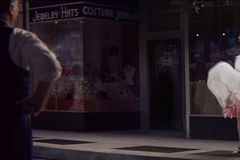