Cryptocurrency aficionados seem to be crawling out of the woodwork.

They used to lurk only in the dark recesses of the internet, occasionally exploding with angry reactions to proclamations that bitcoins are in the throes of a bubble. But with prices reaching even greater stratospheric heights this week, there are increasing numbers of otherwise sanguine investors, the sort of folks who would normally keep their cash under a mattress, considering whether they too should "invest" in bitcoins.

The underlying feeling is called a fear of missing out, and it's a terrible basis for making investment decisions.

Will the price go higher? I suppose it will, driven by frenzy. Will the market, at some point, crash? Almost surely. Do I know when that will happen? Absolutely not. Will I ever recommend that anyone should hold bitcoins? No, not except the most risk-seeking gamblers who can afford to lose their full stake.

Unlike traditional currencies, cryptocurrencies lack the backing of an established government or financial institution, and transactions occur under an "anonymous" cloak. For some people, this is the appeal. Cryptocurrencies are favoured by criminals who hack computers and hold them for ransom, by individuals who aim to move assets from countries that enforce currency-exchange controls and by those who seek to avoid taxation. (Cash offers this same anonymity, but it's more conspicuous to send people suitcases full of money than it is to send bitcoins.)

However, the purported anonymity of bitcoin transactions may not be as airtight as advertised. Each transaction is associated with the sender's and receiver's bitcoin wallet address. And anyone who wants to convert bitcoins into dollars, to facilitate spending in the real world, will need eventually to perform a transaction that associates their cryptocurrency wallet with their bank account (and personal identity). Additionally, regulatory agencies have begun demanding data from cryptocurrency exchanges in an effort to identify money launderers and tax evaders.

Stay tuned for likely limitations on currently unregulated initial coin offerings, by which any company can invent a new cryptocurrency to fund its risky undertakings, accepting investors' hard-earned traditional dollars in exchange for issuing its independently created "coins" of dubious merit. Watch as well for regulatory restrictions on looming introductions of cryptocurrency-based investment funds and exchange-traded funds.

Legal risks aside, bitcoin is even bad for the environment. The bitcoin transaction-verification process involves certain users known as "miners" tasking their computers to solve complex cryptographic problems, a resource-intensive activity that is currently estimated to account for about a tenth of 1 per cent of the world's energy consumption, exceeding the amount of power used by all of Ireland.

And, by the way, cryptocurrency transaction-verification can take time, so how long do you have available to wait for the coffee you opt to buy using bitcoin?

While the typical cryptocurrency transaction takes only 10 or 20 minutes to confirm, recent congestion in the verification process has occasionally come with hours- or days-long delays in transaction confirmation, which is awfully inconvenient. Each transaction comes at a financial price as well, recently peaking as high as $20 a transaction. That makes cryptocurrency virtually infeasible for small, routine purchases.

To be clear, I have nothing against the technology that underlies cryptocurrencies. Blockchain has many promising applications in fintech, for instance offering the possibility of improving the way stock-market transactions are recorded. But the fact that crypocurrencies are built on blockchain doesn't lend them any credibility.

"Investors" are entitled to seek an exceptional rate of return in the speculative world of cryptocurrency if they have the appetite to do so, but a more direct expression of this appetite is to visit a casino. Unfortunately, many people appear to be captivated by the recent price gains and are willfully blind to the risks and drawbacks of cryptocurrencies that render them unsuitable as investments.

A theme in financial markets is that it's often those who seek to outperform the fair-market rate of return who, sadly, end up underperforming on average. I won't rejoice when cryptocurrency prices come back to Earth, but I also won't be surprised. 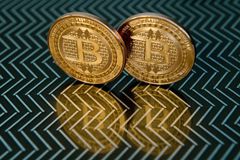 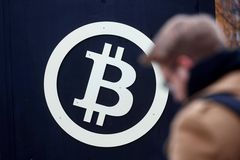