Howard Green is an author and broadcaster.

It's easy to forget how long the housing boom in Vancouver and Toronto has been building. The answer is: a generation. Except for a short freeze-up after Lehman Brothers collapsed, it's pretty much been up for 20 years. Even the brutal Toronto real estate collapse of the early 1990s has been long forgotten.

We've been warned about frothiness for a while now, too. Not long after the 2008 crisis, talk of a housing bubble was already becoming part of the national discussion. Every bank CEO got questions about residential real estate. Soft landing, was the stock response. So far, there's been no landing, soft or otherwise. Don't buy a condo to flip it, was one banker's warning. That was half a dozen years ago.

It's easy to forget that Mark Carney was governor of the Bank of Canada back in embryonic bubble days, flagging the issue of household debt. Curiously, while the Bank of Canada has fretted for years about debt and housing, it has needed a robust housing market. As Mr. Carney's successor, Stephen Poloz, told me in January, 2014, Canada's economy is a three-legged stool – resources, manufacturing and housing. At that time, all we had was housing and oil and we know what happened to oil in the summer of that year.

One top real estate executive I had coffee with this spring confessed to me that he doesn't know how to allocate capital right now. He said he told his staff, I don't want to hear what you think. I want to hear what you know, complaining that they've been telling him rates would go up for the past eight years.

Even the U.S. Federal Reserve, which finally raised its target rate in December for the first time since 2006, seems unsure what to do next after just 38,000 jobs were created in May. By the way, does anyone else remember higher rates? The economy still functioned. Unfortunately, rates are stuck in quicksand now, because that's what people are conditioned to expect – the only policy response available in the absence of courageous fiscal measures.

A reminder that we got here because the Fed and the U.S. Securities and Exchange Commission blithely let unconscionable risks build up in the U.S. housing market and banking sector to the point where they had no clue about the fragility of the financial system. Speaking with former Fed chair Alan Greenspan in Montreal in 2012, I asked him whether, looking back, he would have done anything differently. He shook his head. Staggering. Who reflects on a global calamity that followed one's 19-year tenure atop central banking without the humility to even consider having done something a little differently?

As for Vancouver and Toronto, maybe the market will get pricked. But the several policy interventions by Ottawa have yet to let any air out. Maybe those markets defy pricking, at least right now. Look at Manhattan's residential market – it's been nutty for ages, too. Yet people still buy there because they want to live in New York. Maybe Vancouver and Toronto will be the same for a very long time. People are desperate to get out of other places in the world and these are safe shores.

We've been jawboning forever about prices in Vancouver and Toronto, but only three things matter. Supply – not enough. Demand – lots. And affordability. As for the latter, with rates at rock bottom and lots of foreign buyers, the market is "affordable" for a select group, just enough to make prices crazy.

And the "what ifs" are endless. What if the polar ice caps melt and Manhattan finds itself underwater? People will move inland, maybe to Toronto! Maybe even Buffalo and Cleveland will have another heyday. What if that massive earthquake finally comes to the Pacific coast? Not to be flip about what could be a horrific disaster, but that would change the Vancouver market in seconds.

So while corporate leaders and well-intentioned policy makers can warn all they want, they clearly don't know what's going to happen any more than you or I do.

Opinion
Canada’s housing problem is supply, and the solution is local, not federal
June 11, 2016 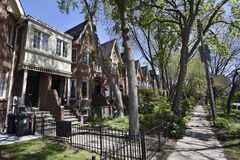 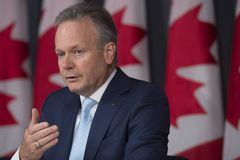