Richard Gingras is a vice-president at Google and head of Google News. He testified before the House of Commons heritage committee on Nov. 15.

Today, media dominate our lives. The open ecosystem of the Web has enabled many new voices – from news sites to job sites to Wikipedia, from a million blogs to a billion social posts. It has enabled traditional media (such as The Globe and Mail) to reach global audiences. And it has also brought challenges to businesses and media companies born in the pre-Internet era, which now must adjust their products and strategies to the new opportunities of this digital world.

Google has had the good fortune to develop popular products based on the open Web. Throughout the day, Google Search is used to seek the right answer to their queries in the Web's one-billion-website corpus of expression.

Google sends billions of users to news websites. Google's ad platforms are used by millions of publishers, large and small, to help drive revenue and build their businesses. Google is a company born of the Web and is fiercely dedicated to maintaining the Web's openness and richness.

Google and publishers share a common cause. We both value and depend on an open platform of expression and knowledge.

But the open Internet challenges us. It generates a cacophony of voices and a fragmentation of audiences. It challenges our understanding of the economics of information.

Let's take the example of a large city newspaper. In 1990, that two-to-five-pound bundle of newsprint was a richly compelling product with a strong and obvious value proposition. It had local and national news, it had a fashion section and a food section, a gardening section, a lifestyle section, an automotive section and a classifieds section and on and on.

There were not a billion websites to compete with it.

But in 2016, that national news section, those gardening and food sections, are competing with a rich array of Web-based offerings in each and every category.

However, with more than 75,000 sources in Google News, local news remains a market differentiator.

But what's the business model? In Halifax, there's the example of Local Xpress – a news site founded by the journalists of the Chronicle Herald who have been out on strike since January.

The site is dedicated to local news and in under a year, it's grown tenfold. It's achieved a peak of 300,000 page views per week, uses free collaborative tools such as Google Docs, and is monetizing and growing its news offering.

Born out of labour strife, the managing editor now describes Local Xpress as "one of the most future-forward enterprises in the Canadian media landscape."

Marketplace principles do not change in the digital world. But the editorial product that found success 40 years ago does not automatically translate to a compelling value proposition in today's market.

Founded by the former editor-in-chief of Le Monde, it's an investigative news site with 40 reporters and supported by 120,000 subscribers. And it's profitable. Consumers, it turns out, will pay for content they value.

Beyond unlocking new revenue streams, news organizations must also consider how they deliver content. Research shows that 40 per cent of users abandon a site if it takes longer than three seconds to load. The Web today is not instantaneous and it needs to be. Advertising on the Web is too often not respectful of the user's experience and it needs to be.

It was these two issues that led Google and three dozen publishers and technology providers from around the world to develop a collaborative effort called the Accelerated Mobile Pages project.

On average, AMP pages load in less than a second and we've seen AMP adopted by Canadian news organizations (including The Globe and Mail) and 700,000 domains around the world. We're only a year in, but Canadian publishers are sharing data of increased audience loyalty and we're seeing strong indications of how AMP can increase revenue.

It is crucial that the Web be fast and compelling and that it doesn't unintentionally create opportunities for proprietary platforms to gain untoward leverage on a publisher's efforts to engage audiences and build brand loyalty. It is crucial to the success of news publishers. Our societies depend on it.

The digital revolution has changed how we communicate, how we express ourselves, how we learn about the world around us. Yes, there are challenges. But I am passionately optimistic about the future of news. There are so many new tools and capabilities to take advantage of. There is so much impressive digital work being done that one can easily conclude that we are in the early days of a renaissance in journalistic creativity. New news experiences must be created. New media types defined. New business models developed. All necessary to harvest new audiences who now consume news throughout the day.

As we move forward, Google is eager to continue to collaborate, to work together, to drive the innovation that is so important to building long-term success.

In the digital age, leaders need to think like journalists
November 17, 2016 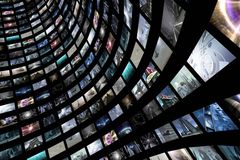