One year from now, in June, 2017, a new policy will come into effect that has the potential to dramatically affect indigenous communities and mining and oil and gas companies. A lot of the trust and goodwill that has built up over the past decades could be at risk. But there are potential benefits, if government, industry and indigenous leaders act wisely.

First passed in 2014 with some controversy, the Extractive Sector Transparency Measures Act (ESTMA) requires resource companies to report payments to government, generating lots of complex work for lawyers and accountants.

This law will also shine a light on the system of impact-benefit agreements between industry and indigenous communities across Canada, and there will doubtless be some eye-opening results. The trick will be for all stakeholders to avoid getting burned.

What are impact-benefit agreements? In recent decades, aboriginal rights have been increasingly recognized by the courts, requiring industry to negotiate if it wants approval to build a mine or pipeline that affects traditional territories. Benefits to the communities can include financial payments, support for training or other investments in the community, contracting commitments or even privatized environmental regulation systems.

There is a lot of money at stake. Evidence shows that some aboriginal communities are receiving as much as $100,000,000 a year in payments under such agreements, although the situation varies dramatically by community. These payments are made to compensate community members for the negative effects on their lands, and for project-related infringements on aboriginal rights protected by Section 35 of the Constitution Act, 1982.

These systems have been almost wholly confidential. As a result, the contents of these agreements vary across different contexts, and they contain a variety of elements that may be more or less positive to the public interest. Under ESTMA, certain financial payments made to communities under these agreements will be subject to disclosure. Unlike the case with other financial transparency legislation that applied to aboriginal communities that were in a position to challenge it – legislation that was ultimately suspended by the Liberals – the ESTMA obligations apply to industry as part of an international reporting standard aimed at fighting corruption.

Because of this perceived significance at the international level, the ESTMA obligations will not simply go away. Heavy fines for any non-compliance and a lack of any basis for industry to challenge this regulation will see industry disclosing its payments to aboriginal communities from mid-2017 in reports in 2018 onward.

The reports, which will ultimately be publicly available, will present a peephole into the impact-benefit agreement system. They will disclose the financial payments made each year if those payments total more than $100,000; they will not necessarily reveal other commitments or the reasons for the payments and to members of the public they may seem like large amounts.

It is particularly important that governments work to reinforce their commitment not to inappropriately cut funding to aboriginal communities that are receiving compensation for impacts on communities from resource development. At the same time, increased transparency may have many benefits. It may help companies and communities to see what types and amounts of compensation are being provided in similar circumstances and establish a clearer system for these deals.

There can be active policy work now by companies, communities and governments to prepare and to consider broader disclosure. This work should happen so that the disclosure requirements on payments to aboriginal communities that come into effect a year from now enhance understanding and contribute to reconciliation, rather than undermine it.

One of the safest plays on Canadian oil and gas is also shockingly expensive
Subscriber content
June 1, 2016 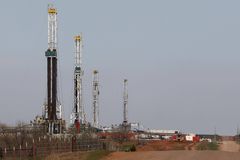 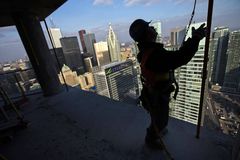