Jordan Brennan is an economist with Unifor and a research associate of the Canadian Centre for Policy Alternatives.

After a generation of comparatively high corporate income-tax (CIT) rates, Brian Mulroney's Progressive Conservatives initiated a series of reforms in the late 1980s that were deepened by Jean Chrétien's Liberals, Stephen Harper's Conservatives and numerous provincial governments. The cumulative result has been a drastic reduction in the statutory CIT rate (the combined federal and average provincial), falling from 50 per cent in 1986 to 26 per cent by 2012.

According to many economists who remain beholden to a business-led, "trickle down" vision of development, this was a wise policy. Reducing CIT rates leaves firms with a greater proportion of their profits to plow into growth-expanding industrial projects. And at a more fundamental level, they say, a reduced rate lowers the cost of capital, which should induce a greater supply of it.

Has the decades-long commitment to rate reductions led to an increase in the level of business investment or a more rapid rate of employment and GDP growth? I explored this question in a recent report for the Canadian Centre for Policy Alternatives, probing the deep history of Canada's corporate income-tax regime.

Going all the way back to the 1920s, the study examines three corporate income-tax rates: the effective federal rate, the combined federal-provincial rate and the effective rate paid by just the 60 largest Canadian-based firms. It compares those rates with five key growth metrics: business investment, job creation, GDP per capita, labour compensation and productivity. If there is a strong and inverse relationship between the CIT regime and growth, it should be detectable in this batch of variables.

The study found that, of the dozens of tests of association, roughly three-quarters are not statistically significant in either direction. This is damning in its own right, but more surprising yet is that in the one-quarter of cases where there is a statistically significant result, the direction of the effect was more often positive than negative – the opposite of what mainstream economic theory predicts.

Take business investment in fixed assets, a key determinant of growth, and through which the effects of rate changes are supposed to be most apparent. Business investment not only failed to rise with the onset of CIT reductions, it fell. When we contrast the 25-year period before Mr. Mulroney's reforms (1964-1988) with the 25 years of the CIT reform era (1988-2012), we find the investment share of GDP having shrunk by one-fifth, and that includes the enormous investment into Alberta energy during the upswing in the commodity supercycle.

A similar story is found with job creation and GDP per-capita growth, which drastically decelerated in the cuts era. It turns out that leaving corporations with more after-tax profit doesn't generate an investment and jobs boom. To the contrary, Canadians have seen sustained underinvestment, a jobs crisis and the slowest GDP growth since the Depression era. This is not a victory for the "science" of economics.

It gets worse. The study also unearthed evidence indicating that corporate tax cuts actually depressed growth. By reducing rates, Canadian governments contributed to the increased income position of large firms. But rather than investing their enlarged earnings into expansionary industrial projects, Canada's corporate sector hoarded cash on its balance sheet.

The statistical relationship between the CIT rate and corporate cash hoarding is nearly perfectly and inversely correlated, which means that with every rate reduction, corporate Canada's cash stockpile increased. This dead money is now approaching an astonishing $700-billion, and is clearly one ingredient in the heightened stagnation of recent times.

If these findings are true, corporate tax cuts will go down as one of the great policy blunders of our time. Far from spawning higher levels of investment, the government fixation with corporate tax cuts fuelled cash hoarding and slower growth. 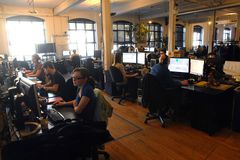 Opinion
Instead of competing on taxes, governments should co-operate
December 2, 2015 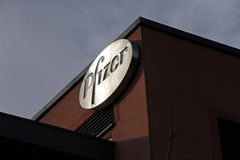 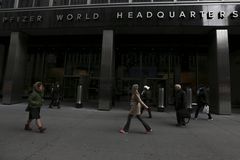