After a quick collective pat-on-the-back for making Amazon's short list of 20 possible sites for a second headquarters, the team running Toronto's bid for the $5-billion project needs to recognize there's much work to be done if the only Canadian candidate left in this contest is truly in it to win it.

From the start, Amazon made it clear that winning this prize meant checking a number of boxes: A well-educated work force, competitive tax rates, a liveable downtown, mass transit and an international airport. Toronto and the surrounding cities that came together behind this bid can take a certain satisfaction from emerging from a pack of 238 initial submissions. (As an aside, the buzz Amazon is generating out of the HQ2 selection process offers a lesson in building a brand to every company that's looking for new real estate.)

It's going to be harder to sell the greater Toronto region as superior to the remaining contenders, vibrant U.S. cities such as Boston, Austin, New York and Denver. But it's worth trying, not just to win Amazon HQ2, but also to lay the groundwork for a technology-driven future in southern Ontario. Toronto faces a handful of disadvantages it simply cannot overcome. There's the Trump factor. A U.S. President who campaigned on making America great again is unlikely to react well if a leading U.S. company sends 50,000 high tech jobs north of the border. But Amazon CEO Jeff Bezos also owns The Washington Post. Does he really care what Mr. Trump tweets?

And Toronto has also consistently and admirably said it's not going to bribe its way to success. Unlike other jurisdictions, it promises no direct subsidies or tax breaks for Amazon, a company with a $600-billion (U.S.) market capitalization. If Mr. Bezos makes a decision based on handouts, Amazon HQ2 is going to Newark – New Jersey offered $7-billion of incentives.

On other hot-button issues for Amazon, Toronto and the surrounding area can take steps to improve its bid. First, is the potential downtown location. Amazon is being pitched a site in Toronto's eastern docklands. Despite years of discussion at city hall on this development, the area remains wasteland, lacking public transit and the most basic services. Four years ago, Toronto Mayor John Tory ran for office on a platform that included rolling out a "SmartTrack" network of rail lines that would connect the core and suburbs of Toronto's biggest city. Actually breaking ground on this campaign promise would help convince Amazon its employees would be working in a liveable downtown.

Speaking of campaign promises, Ontario Premier Kathleen Wynne has been talking up a high-speed rail link between Toronto and Windsor for the past year. A first step on that $21-billion transit plan that would provide a better connection between Toronto and the tech-rich Kitchener-Waterloo corridor could only impress Amazon.

On the transit front, is that all-important international airport, a link between Amazon's existing head office in Seattle and its operations around the world. The Greater Toronto Airports Authority is pushing the concept of a massive transit hub centred on Pearson airport. The price tag is north of $11-billion.

Toronto's cheerleader-in-chief on the Amazon project, former TD Bank chairman Ed Clark, estimated that Amazon could save up to $1.5-billion annually on wages and benefits by having 50,000 employees on a provincially funded health-care plan, rather than U.S. insurance programs. While true, Americans have long been suspicious of the wait times that come with Canada's socialized medical system. A genuine commitment to improving the delivery of health care might impress Amazon. It would certainly benefit those who currently spend hours waiting in emergency rooms, or months waiting on specialists and elective surgery.

One major drawback to Toronto's bid is the relatively high cost of real estate in the region and lack of affordable rental space. Giving developers incentives to build apartments, rather than condos, might reduce monthly rents. And while it would be hugely controversial, Ontario's Premier could revisit the thinking behind the greenbelts that surround Toronto to help satisfy the demand for new homes.

Finally, the one goodie Mr. Clark tossed out to entice Amazon as part of Toronto's initial bid was an increase in Ontario's commitment to high-tech education. The province took steps to increase the number of college and university graduates in science, technology, engineering and math by 25 per cent over the next five years, to 50,000 annually. More could be spent in this area, as working with educational institutions at every level to ensure top talent is graduating for schools is an investment that would pay dividend.

Toronto remains a long-shot to land Amazon HQ2. British bookmakers who make odds on everything have Austin and Boston as the top bets. But Canada's largest city can narrow the odds by beefing up its transit, education and immigration systems. The steps may not win a tech head office, but it will create a more vibrant region. 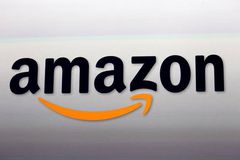