Brian Ferguson is a professor of economics at the University of Guelph.

But what exactly is struggling? The unemployment rate is back into the kind of range we were running before the 2008 shock, noticeably below rates we had been running since about 1980. Part of that may be because of changes in labour force participation, but it's still pretty good. What's struggling is not the level of economic activity, it's the rate of economic growth. Contrary to the impression you'd get from the media, those are two different things and Keynesian economics relates only to one of them.

Keynesian economics isn't about growth, it's about restoring full employment. That sounds like nit-picking, but it's actually fundamental. Maynard Keynes devoted his entire career to developing an internally consistent explanation for slumps – cases where employment dropped below levels which the economy had previously shown itself able to support and, most importantly, cases where the slump was, if not permanent, then very long-lived.

He settled, in his General Theory of Employment, Interest and Money, on a demand-deficiency explanation and identified private business investment, the most volatile component of demand, as the component most likely to be driving the business cycle.

He didn't ignore the effect of investment on productive capability, but that wasn't his focus. Investment as a driver for growth is at the core of what came to be known as neoclassical models, which assumed the economy was always at full employment. In those models, increased savings resulted in increased investment, which added to productive capacity, which was always run at full capacity, generating the demand needed to absorb the production.

So growth models are very different animals from Keynesian models of slumps.

There's nothing fundamentally wrong with the neoclassical growth model as an explanation for long-run productive capacity but, as economist Deirdre McCloskey has noted, when you do the math, pure capital spending can't explain more than a small fraction of long-run growth. The only story we've really got for longer-run growth is Joseph Schumpeter's theory of creative destruction, which thrives under what Ms. McCloskey, in her book, has termed The Bourgeois Virtues.

But the stagnation of growth does let us test certain Keynesian propositions, since it lets us look at an economy settling into a classical no-growth equilibrium.

Consider Quantitative Easing (QE). Pumping all that cash into the financial system was supposed to give the economy a boost, either by driving interest rates down, by creating inflation, or both. Interest rates are certainly down, but so is inflation, and the economy hasn't responded as central bankers hoped.

None of this would have surprised Mr. Keynes. The reason the words "Interest and Money" are in the title of the General Theory is because a key part of his argument involved rejecting theories about money and interest very similar to those which many of today's commentators assume are Keynesian.

On inflation, he held that it wasn't enough to print money – you had to think about how that money made its way into the economy. The reason QE hasn't caused inflation is that the money that's been pumped into the financial system hasn't been getting into the broader economy at the usual rate. Mr. Keynes's take on this was pretty straightforward – printing money isn't enough; if it's not being spent, it can't create inflation.

Interest rates have been low, and stuck there, though, and demand isn't rising (except perhaps for houses and certain financial assets – that may be where inflation's making its first appearance). This again is Keynesian.

It's true that he argued that cutting interest rates would stimulate investment, all else equal, but the all else includes firms' expectations about the profitability of any investments they're contemplating – what he termed the marginal efficiency of capital. When that's low, firms aren't inclined to borrow even if rates are low and banks want to lend.

In a slump, Mr. Keynes argued, firms that did borrow to expand were more likely to buy up competitors than to invest. All this led him to decide that monetary expansion (which he'd once favoured) wouldn't stimulate the economy and that what was needed was fiscal expansion.

But that was when the economy was in a slump in the sense that employment was below full employment. We seem to be in a growth recession with near-full employment. Growth was not Mr. Keynes's concern in the General Theory and later, Keynesians had no real success at combining Keynesian demand models with growth models. Arguably, we're back to choosing between what are fundamentally pre-Keynesian models and Schumpeterian models.

Whatever our problems with long-term growth, we shouldn't blame Maynard Keynes. If anything, the failure of central banks to push us above the preslump equilibrium vindicates him. Canada’s openness can be an advantage in the age of Trump
Subscriber content
December 16, 2016 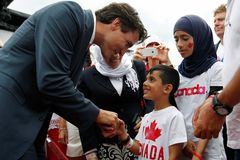