Timothy Garton Ash is professor of European studies at Oxford University and senior fellow at the Hoover Institution, Stanford University.

The Guardian recently asked nine economists whether we're heading for another global financial crash, and of course, they gave nine different answers. Yet we still turn to economists as if they were physicists, armed with scientific predictions about the behaviour of the body economic. We consumers of economics, and economists themselves, need to be more realistic about what economics can do. More modesty will produce better results.

Following the great crash that began nearly a decade ago, there has been some soul-searching about what economics got wrong. The self-criticism should have been more far-reaching, both in academia and banking, but it's there if you look for it. In particular, the thinkers loosely clustered around George Soros's Institute for New Economic Thinking have produced a telling account of what went wrong.

Adair Turner, who saw top-level economic decision-making first-hand as head of Britain's Financial Services Authority and now chairs INET, gives a measured, cogent version of the critique in his book Between Debt and the Devil. Yes, leading academic economists challenged mathematical models of market perfection and, yes, financial markets may have followed oversimplistic versions of those models. Nonetheless, he argues, "the dominant strain of academic economics and of policy-making orthodoxy" failed to see the crisis coming, and actually contributed to it.

The key flaws were the "efficient market hypothesis" and the "rational expectations hypothesis." Too often, economists assumed that market actors not only behave rationally but do so according to the same mental models deployed by economists. (Mr. Soros himself has spent half a century trying to expose this fallacy.)

Modern macroeconomics also "largely ignored the operations of the financial system and in particular the role of banks."

Market fundamentalism understood itself as the diametric opposite of the communist command economy, but in fact made the same cardinal mistake: to believe that a rational model could encompass, predict and optimize the dynamic complexity of collective human behaviour.

Large parts of academic economics fell prey to what has been called "physics envy." Like some other areas of social science, they aspired to the status, certainty and predictability of physics. I have long thought that this one-dimensional hubris was fed by the fact that economics, alone among the social sciences, has a Nobel Prize. Strictly speaking, it is not one of the original Nobel Prizes. But everyone calls it the Nobel Prize in economics, and economists have been ennobled by the special nimbus it retains.

This does not mean that we should not pay attention to economists, nor that economics is unworthy of a Nobel Prize. It just means that it's not a hard science like physics. Done properly, it needs to take account of culture, history, geography, institutions, individual and group psychology. John Stuart Mill said that "a man is not likely to be a good economist if he is nothing else," and John Maynard Keynes observed that an economist should be "mathematician, historian, statesman and philosopher in some degree." In another remarkable formulation, Keynes wrote that "economics is essentially a moral science."

Indeed, one could argue the Nobel Prize for economics belongs somewhere midway between those for physics, literature and peace. Economics is, at best, a multidimensional, evidence-based craft, alert to all the influences on human behaviour, at once ambitious in scope and modest in its claims for what we can ever predict in human affairs.

What should follow from this revised, new-old understanding of the character and place of economics? I don't know enough about university economics courses to say whether they need to adapt more, but I was struck by a manifesto published a couple of years ago by economics students at the University of Manchester. This advocated an approach "that begins with economic phenomena and then gives students a toolkit to evaluate how well different perspectives can explain it," rather than mathematical models based on unrealistic assumptions. If economics is like other disciplines, it probably changes more slowly than it should, because of the strong inertial effect of older faculty.

Then there's the conduct of major players in the economy. I recently read a splendidly robust lecture by veteran investor Charlie Munger, Warren Buffett's partner in Berkshire Hathaway, delivered in 2003, well before the crash. "Berkshire's whole record has been achieved without paying one ounce of attention to the efficient market theory in its hard form," he said, adding that the results of that efficient market doctrine in corporate finance "became even sillier than they were in the economics." His sage advice was to restore economics' proper multidisciplinary character, not overweighting what can be counted against the unquantifiable, nor yielding to the craving for false precision, nor privileging theoretical macroeconomics over the real-life microeconomics that helped guide Berkshire's long-term investment decisions.

The rest of us should learn the same lesson. We should ask of our economists, as of our doctors, only what they can deliver. There is a scientific component to medicine, larger than that in economics, but medical studies themselves indicate how much our health depends on other factors, especially psychological ones, and how much is still unknown. Economists are like doctors, only less so.

Too much stuff, with no one to buy it: Is this the future economy? Subscriber content
February 2, 2016 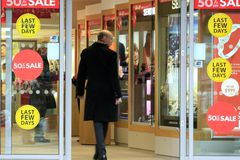 What the Bank of Canada isn’t saying about inflation Subscriber content
February 1, 2016 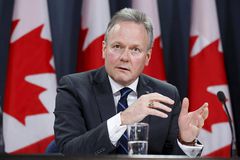 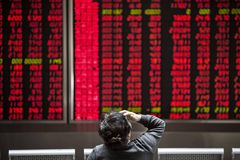