Chief financial officers of Canada's oil and gas industry will close their ledgers today and prepare to report on the first quarter of 2015. Their numbers will be grim. The accounting will show there are too many barrels and not enough beans. On average, first-quarter 2015 revenue will be 47 per cent lower than for the same period in 2014.

After four years of trading above $100 (U.S.) a barrel, market forces last summer began cutting the world price of oil by half. It's been two months since the price of a barrel of Brent crude oil splintered through the $50 floorboard. Although lately there has been some stabilization in the $50-to-$60 range, the price of oil is still not that different than immediately after the financial crisis in 2009.

Here in Western Canada, a barrel of our best, Edmonton Light, averaged close to $53 (Canadian) a barrel in the first quarter. Meanwhile, our Western Canada Select – a blend that's a good indicator for heavier oils and oil sands pricing – averaged just over $43. The 11-per-cent devaluation of our loonie has helped to soften the fall of our U.S.-dollar-priced commodities. But any way you measure it, an average 48-per-cent drop in Canadian oil prices relative to the first quarter of last year is enough to break a few corporate bones.

Markets have not been kind to natural gas prices either. At the AECO hub, the primary Canadian bazaar for natural gas producers, prices were down 50 per cent in the 2015 first quarter relative to the same period last year. It's not a good feeling when the oil ripcord breaks. It's a rapid descent to the bottom when the reserve chute called natural gas fails too.

Assuming that first-quarter pricing hangs in for the rest of the year, then overall industry revenue would total $90-billion (down from $148-billion in 2014), which is about the same as 2009. Yet the circumstances this year are considerably different from the days of Lehman Brothers; for one thing, Canada will produce almost 1.2 million more barrels of oil a day than in 2009. The 38-per-cent increase in oil production is helping to prop up the 2015 top line.

At current price levels, Alberta will generate an estimated $69-billion this year, three-quarters of the country's oil and gas product sales. Note that since 2007, Alberta's sales have increasingly been coming from the oil sector, especially the oil sands. That bias will increase: Another 110,000 barrels a day in oil sands production is expected to hit the pipes and rails in 2015. So although more production means that Alberta's revenues will increase all else being equal, the province will be even more leveraged to the vagaries of the oil price. On the other hand, natural gas has been marginalized in Alberta as a source of revenue due to the combination of a decline in production (more than 20 per cent since 2007) and low price.

British Columbia is the reverse of Alberta. On the west side of the Rockies, the industry is heavily biased to natural gas, therefore B.C.'s $5.3-billion share of total revenue (down 37 per cent relative to 2014) is not down as much as Alberta. In reality, the countenance of gas prices for the balance of 2015 is looking a bit dour, so B.C.'s near-term outlook could sour more yet.

Like Alberta, Saskatchewan derives almost all its hydrocarbon revenue from oil. Exploration and development of light oil plays like the Bakken may yield some production growth in 2015, although it's unlikely without any rigs sprouting out of the wheat fields this summer. So, the province's $9.8-billion share of industry revenue this year will mostly be a function of price.

Oil and gas production from the rest of Canada mostly comes from the Maritimes. Newfoundland and Labrador flow most of the oil on the eastern fringes of the continent, from offshore. Being on water means their oil can garner world prices, which these days is typically $12 (U.S.) more a barrel than the pipeline-constrained Alberta varieties. Nevertheless, revenue there has been on a downtrend since peaking at $13.8-billion (Canadian) in 2008. Declining production has been the principal cause, although some offset is expected in 2017 when the Hebron project comes online. Nova Scotia, like B.C., is gassy, although only a fraction of the volume and revenue. Some attractive pricing was realized for Nova Scotian gas in the first quarter – up to $25 per 1,000 cubic feet on some days – due to the severe East Coast winter. But it was not enough to hope for a longer winter.

As the beans are counted for the fiscal quarter closing this week, all eyes are on Alberta, which produces 75 per cent of our country's hydrocarbons. But other oil- and gas-producing provinces are affected too. Without a recovery, a look at the numbers shows that it will be a challenging year all around. 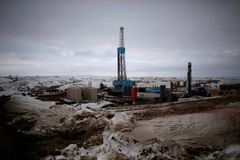 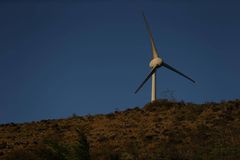 Opinion
Electric vehicles sneaking up in the race for global car dominance
March 25, 2015 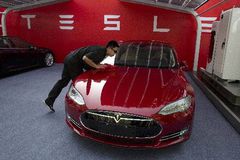 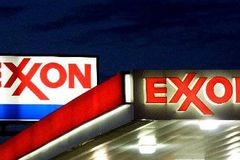