No one said it was going to be easy to make changes to the Canada Pension Plan – nor should it be when you're dealing with a key part of the retirement security of millions of Canadians. But federal and provincial finance ministers meeting in Vancouver Monday cannot let the challenges of enhancing the CPP overshadow the necessity of this task: meeting the needs of retirees for another 50 years.

Fortunately, it appears that several key provinces are coming around to the idea of strengthening the CPP, even though differences still exist on how best to do that. Most notably, Premier Christy Clark of British Columbia – a province that has been hesitant to support enhancing the CPP because of concerns that higher premiums could hurt job creation – indicated last week that all sides are showing flexibility to reach at least a modest deal, while Ontario Premier Kathleen Wynne suggested that she would be willing to forgo creating the Ontario Retirement Pension Plan if an expanded CPP provided benefits close to what the provincial plan would offer.

From its inception in 1965, the Canada Pension Plan has always been intended as one of three sources of retirement income for Canadians, along with employer-sponsored arrangements and personal savings. That's still the case today. But most private sector workers lack access to a workplace pension plan, and there are growing concerns that individuals saving on their own typically face higher costs and can't be certain how much retirement savings they need to last their lifetime. Nevertheless, the private sector must continue to play an important role in the retirement saving space as employees and employers will benefit from the new solutions and the innovation and the flexibility they help drive.

Many studies, including the Melbourne Mercer Global Pension Index, have shown that Canada has done a better job than most countries in ensuring that the current generation of seniors is able to retire comfortably. We can all be proud that our rate of elderly poverty is among the lowest in the world, but changing demographics and the current era of low investment returns could put that accomplishment – and millions of retirees' income security – at risk.

Despite moves by provinces such as Ontario and Quebec to improve the coverage of workplace pension plans, what's really needed is a national solution, aimed particularly at middle-income earners who face the biggest gap when planning for their own retirement needs. Enhancing the CPP, rather than relying on individual provinces to create a patchwork of new solutions, would ensure that the public pension element of retirement income security remains consistent across Canada.

Any enhancement to the CPP needs to address some key elements.

First, it is crucial that it better serves middle-income earners. One way to do that would be to raise the level of covered earnings from the current $54,900. Any increase should, however, recognize the higher marginal tax rates on a higher level of covered earnings by making employee contributions to an enhanced CPP tax deductible rather than the current tax credit applied to contributions.

An enhanced CPP should also be fully funded and incorporate levers that provide flexibility. That could be done by including a target, rather than a guaranteed, level of benefit in order to manage that benefit so the costs are not transferred to future generations. It should also recognize that there is a wide range of ages at which individuals either want or need to retire and should support – or at least not hinder – participation in the labour force by older Canadian workers.

The design of an expanded CPP could take many different forms, but central to helping Canadians achieve increased retirement income security is access to low-cost, professionally managed investments, both before and after retirement, and longevity pooling to reduce the risk of outliving one's money. These are things the CPP has already proven that it can do very well.

These may seem like a lot of changes, but they're actually quite modest – which is another important consideration. An enhanced CPP shouldn't try to do everything for everyone, as individual needs and wants will differ. While individuals should be able to rely on the CPP for a larger part of their retirement income security, they will still need to choose when and how to save through private sector solutions to meet their own individual needs.

Canada's finance ministers have a unique opportunity at their Vancouver meeting to build on the momentum that has been accomplished to date and reach a national consensus on strengthening the retirement system for the next generation of Canadian workers. Enhancing the Canada Pension Plan won't be easy, but it will be worth it. 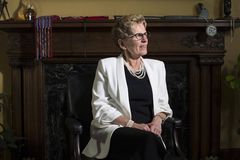 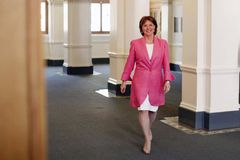 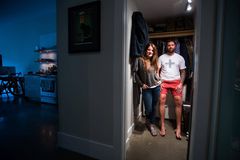