Australia's central bank has a serious policy problem and it's one the Bank of Canada may face in the year ahead.

The Canadian and Australian economies are not exactly the same. But a shared focus on resource exports and a financial system dominated by a few major players makes them eminently comparable.

With this in mind, the Bank of Canada is likely distressed by recent economic data from Australia. High inflation caused by a weakening currency has combined with slow economic growth to tie the hands of policy makers.

Ideally the Reserve Bank of Australia (RBA) would cut interest rates further to spur growth. But the weaker Australian dollar is causing inflation pressure on imported goods – the bank reported Tuesday that fresh produce and travel were two of the main causes of a surprisingly high 2.7 per cent rise in inflation.

Another cut in rates would only weaken the Aussie dollar further, and risk pushing inflation above the target range of between two per cent and three per cent. The central bank now faces a no-win situation, forced to choose between high inflation and a continuation of sluggish economic growth. 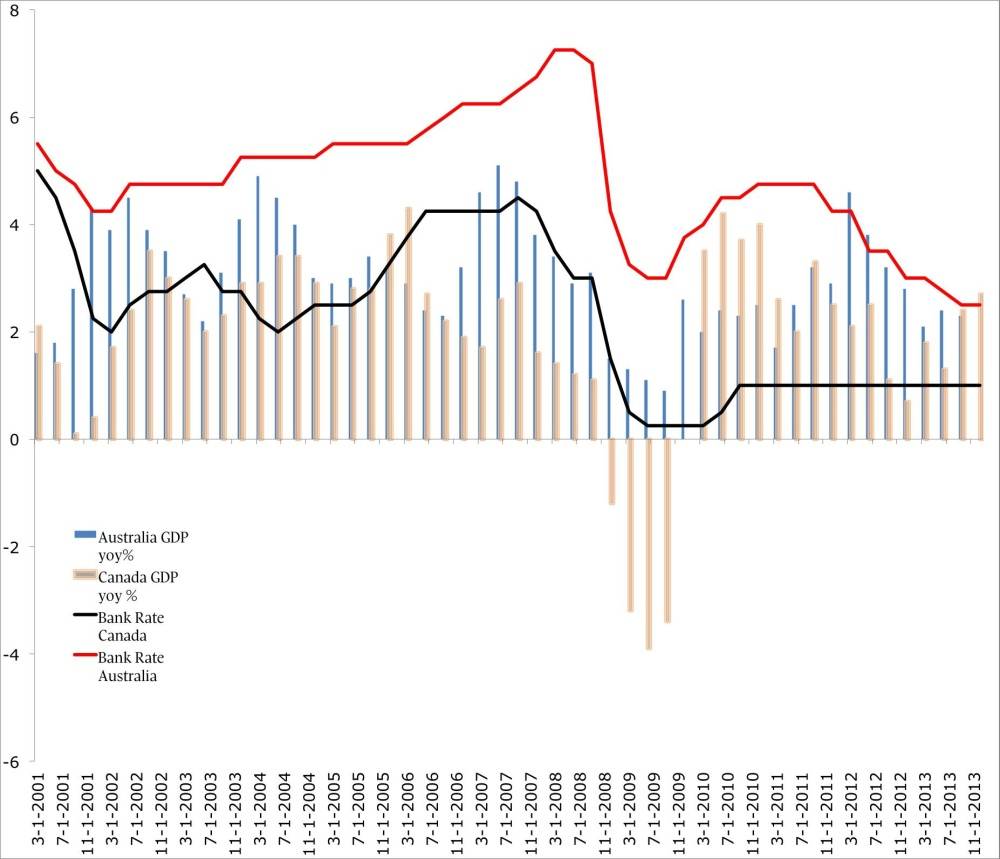 Domestic economic data suggests deflation is a much bigger risk than inflation for the near future. Importantly though, the weakening loonie is a relatively recent phenomenon and its full effects have yet to filter through to the economy.

Like Australia, domestic inflation will be visible first at the grocery store. Loblaw Cos. Ltd. and Metro Inc. will be forced to pay more Canadian dollars for winter fruits and vegetables. And, with profit margins in the grocery business already wafer thin, they will attempt to pass on as much of the price increase to consumers as they can get away with. This same trend will be evident for all goods purchased outside the country.

Rising domestic inflation pressure should be expected, but we're still a long way off from a Bank of Canada interest rate hike.

Not too far down the road, however, it seems possible that Governor Poloz will be faced with the same problem as the RBA. The Bank of Canada, already reluctant to drop interest rates and further inflate the domestic debt bubble, will have another reason to maintain rates at a higher level than economic growth warrants.