The "dark store" has arrived and it could spell the death knell for the big box. After a difficult year and a punishing Christmas, big grocers are looking at their properties and some are coming to the nail-biting conclusion that acres of glitzy, over-lit and over-managed retail property may be a waste of space. The solution is the dark store, a simulacrum of a supermarket with aisles, shelves and freezer cabinets – but instead of meandering shoppers, a platoon of staff navigate the aisles, picking groceries for delivery to online customers.

Britain has about 1.8 million square feet devoted to online grocery shopping, and that space will double this year, says Jones Lang Lasalle, the real estate agency, as the supermarket titans rush to build dark stores. Tesco, the big beast of the U.K. supermarket, has been sweating this year with cramped margins, attacked on one side by foreign-owned discount chains Lidl and Aldi as well as a public disenchanted with the dreary task of pushing trollies. Tesco's sales fell during the Christmas season; indeed, the only bright sign was a double-digit surge in cash taken online. That's reason enough for the grocery juggernaut to cut back on family-friendly space and focus its investment spending on the twilight world of mouse-clicks and distribution centres.

Tesco was at the vanguard of concreting over the countryside, provoking the ire of small shopkeepers and greenbelt activists who complained that Tesco stores were the enemy of both wildlife and town-life. What has ultimately defeated the land-grabbing monster is not politics but internet commerce. The real-estate expansion is massively curbed, with the exception of the more space-efficient dark stores. The latest in South East London, designed to provide same-day delivery, uses robotic pickers and can process 4,000 orders a day. Other grocers are rapidly following in their wake, with as much as 15 per cent of U.K. groceries estimated to have been bought online in the week before Christmas. Most of it was delivered to the door, with the British spurning the click-and-collect model much favoured in France, where the major grocers have installed more than 2,000 drive-in online grocery collection units at supermarkets.

Britain is the world's retailing laboratory, with the most developed online shopping market. It ranks higher than the U.S., according to Cushman & Wakefield, the property agency, with the U.K. achieving the highest online sales per capita and the highest online market share. The big unanswered question is what will happen to established retail floor-space in malls and town centres as shoppers vanish into the ether. The evidence from this past Christmas in the U.K. is that the victims will be those big stores and small shops that are not destinations in their own right. While John Lewis, a major up-market department store chain, grabbed market share and sales from its loyal tribe of middle-class shoppers, other mid-market stores found themselves unable to compete, squeezed by aggressive discounters while not offering a seductive shopping environment.

The flight from the traditional supermarket will probably continue – who would roll a trolley down an aisle picking through corn flakes packets if they didn't have to? The message for other retailers, in town or out of town, must be the same: If you can't do it cheaper, make shopping entertaining and fun, or you will disappear into retail history. 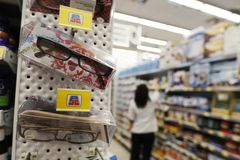 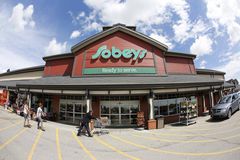 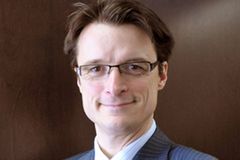 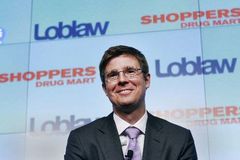