Predictable howls of outrage from members of Congress and civil libertarians at news that the U.S. government is monitoring personal telecoms traffic here, there and everywhere. Embarrassment (again) at social media companies who find themselves exposed as complicit in the weaving of the spooks' webs. But in Beijing, can we hear the sound of laughter? For years, Huawei, the Chinese telecoms manufacturer has been battling the suspicion that its equipment is a security risk, that the People's Army has used Huawei equipment to penetrate our cellphone networks. We now know that it's getting crowded in cyber-spook space because the fibre-optic cabling has for years been hijacked by those nice people in Ford Meade, Maryland.

Just as news emerged that Verizon had a wholesale order from the FBI to supply detailed records of who Americans call, when and where, a U.K. parliament oversight committee on security was rebuking the British government over its failure to question the supply by Huawei of cellphone and broadband network equipment to BT, a leading U.K. telecoms company. Huawei's cheap equipment deal scuppered supply from home-grown Marconi but no one at the time thought it odd that a company part-owned by the Chinese military should be supplying vital communications infrastructure.

This rather haphazard approach to safeguarding British soil contrasts with the belt-and-braces attitude of America's offical eavesdroppers, the National Security Agency which, according to documents leaked to the Guardian newspaper, not only reckons it needs to know the numbers, dates and times of calls of Americans but also seems to have acquired open access to the records of Google, Facebook, Yahoo, Skype and AOL, allowing it extraordinary worldwide coverage. If Britons are worried that China imight sabotage the cellphone network, using Huawei's installed equipment, they only have to ask the NSA cryptologists at Fort Meade who probably read about the plans months ago on the personal Facebook page of President Xi Jinping.

The U.S. government gave a laconic response to allegations of aggressive personal data mining, suggesting it was not used to target Americans, only foreigners. That will cause even more nervous laughter in Beijing. But it begs the question: what does all this data gathering achieve? The argument in favour stems from the use made by the American military of cellphone and internet data during the Iraq war which helped the U.S. army track down all the contacts of captured terrorists and bombers. Find out who they speak to and you capture the network, is the argument.

In a civil war, this may be true, but to allow such blanket data collection among people outside of a conflict zone is to give way to fear and permit an enormous expansion of state power. The latest outrage in Britain, the murder of a lone soldier on a London street, was committed by men whose Islamist views were well-known to the security services but who acted opportunistically and, it seems, alone. No amount of data will protect us against random acts of violence. Yet it is small terrorist cells or lone fanatics that we are urged to fear and which are used to justify these massive data trawls.

Huge and expensive technology and armies of programmers and cryptologists are harnessed to protect us but the lone British soldier was hacked to death with knives and the Boston bombers used pressure cookers filled with nails. A lot of money and a lot of jobs are being invested in the electronic security state but I reckon the terrorists will find a way through. Perhaps, the carrier pigeon. 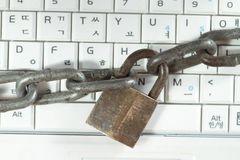 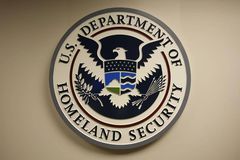