Six years and more than $3-trillion (U.S.) later, the U.S. Federal Reserve has finally laid the last of its quantitative easing program to rest. What's left is a debate over whether the bond-buying policy ever actually did what it was supposed to do, and a conspicuously large body of assets to safely dispose of.

The former, at this point, is largely academic. The latter is the bigger concern.

Since I'm certainly not above playing armchair quarterback from my Globe-issue newsroom recliner, let's consider the efficacy of the world's most important central bank spending years buying boatloads of bonds and mortgage-backed securities on the open market.

Way back in 2008, when the Fed first started QE, the goal was pretty straightforward: Spoon-feed a highly illiquid financial system with funds in order to prevent it from seizing up irreparably. A financial apocalypse was averted, so mission accomplished.

But there were big questions about whether QE1, as it is now known, deserved the credit.

The asset purchases were supposed to push down borrowing costs, yet bond yields crept up as the program progressed. Bank lending pretty much stalled when QE1 ended in mid-2010, a key reason QE2 was deemed necessary just a few months later. The second incarnation was similarly ineffective at suppressing bond yields and expanding borrowing and lending.

While it could be argued that other forces (such as, say, a euro zone debt crisis) muddied the effort, the bottom line is that neither program secured a sustained economic recovery, which was ultimately where the Fed wanted all this to lead.

By the time we got to QE3, in 2012, the credit situation was looking a lot healthier and the goals had become squarely economic.

Having learned a few things from the shortcomings of the previous QEs, the Fed tied the length of QE3 not to a specific time frame (which was a major factor in the financial markets' never fully committing themselves to QEs 1 and 2), but to achieving a "substantial" turnaround in the labour market.

The idea was that a sustained QE program would spur the spending and business investment that would create the jobs that would sustain the economic recovery.

Today, QE3's narrowly defined goal has been achieved. The U.S. unemployment rate is at 5.9 per cent, a six-year low. Bond yields have eased even as the Fed has gradually reduced its monthly QE3 asset purchases over the past year, and bank credit has expanded. The U.S. economy is enjoying its healthiest growth in years.

It certainly makes a good argument for the Fed to end QE3, but that's not the same thing as proving that QE3 worked. Some critics believe the Fed's so-called "forward guidance" – its verbal assurances that interest rates would remain near zero for a long period – may have done more to steer the markets in the desired direction than the heaps of QE cash did. And the jury's out on whether the gradual economic recovery wouldn't have evolved anyway. But it's all water under the bridge; the economic goals have been achieved.

But one thing QE3 has done – as, in fairness, it was intended to do – was distort financial markets. To the degree that QE3 suppressed bond yields, it has encouraged investor risk-taking in search of more meaningful returns, which jacked up riskier financial assets (think equities and commodities, for a start) to levels that may prove unrealistic without QE tilting the scales in their direction.

Not that QE has really gone anywhere. The end of the QE3 asset purchases is akin to stopping the bleeding; the bandages are still in place, $3-trillion worth. The Fed will still have to gradually remove them, and we're not entirely sure how well things have healed underneath. Move too fast and you could re-open some wounds – or even inflict new ones.

We're already getting a preview of how delicate this operation could be, as financial markets have been suffering mood swings at the very thought. To further complicate things, the Fed is almost certain to start raising its policy interest rate while it is still unwinding QE – essentially a double-whammy of stimulus removal.

If you were always a QE skeptic, the good news is that if QE didn't really help all that much going in, it's unlikely to hurt all that much coming out. If the Fed does it in a measured and predictable way – and it has already indicated that it plans to do just that – the markets should be able to figure it out and the turmoil will be kept to a minimum.

But just as the impact of QE itself proved hard to predict, its inevitable withdrawal will also take us into new and unpredictable territory. It will absolutely be an economic and financial-market wild card going forward. It could be years before economic historians can fully understand the effects, and effectiveness, of the Fed's quantitative easing. QE3 may be over, but we haven't heard the last of QE.

All eyes on Yellen and rate increase after Fed ends QE stimulus
October 29, 2014 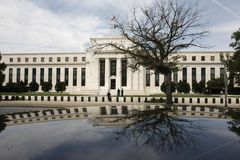 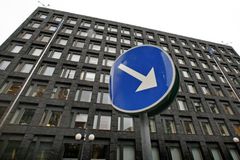 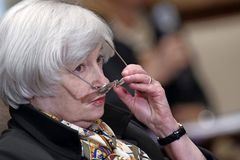 Occupy this: Yellen follows Carney in veering off the script
Subscriber content
October 17, 2014 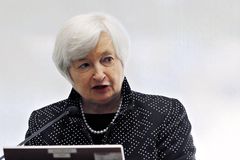 What a long strange trip it’s been for the Federal Reserve as QE set to end today
October 29, 2014 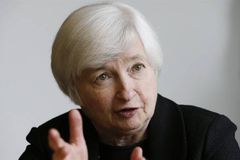