When John Chen joined BlackBerry Ltd. in late 2013, it was losing billions of dollars. Now, with the company's fourth quarter results, the ink has turned from red to black – but the path ahead is pitch-black. While the CEO has delivered on half of his promised turnaround, whether he can come through on the more difficult half by stabilizing and increasing revenues is anyone's guess – including his own.

The story Mr. Chen has told from day one was that he needed two years to turn BlackBerry around. He would start by getting the company in trim financial shape and shift the focus from handsets to generating new revenues from software and services.

Mr. Chen can legitimately claim mission half-accomplished. The smartphone business now loses much less than it used to, and he has cleaved costs overall. The company generated a modest fourth-quarter profit and, for the second straight trimester, positive operating cash flows. BlackBerry's pile of cash and other investments, at $3.27-billion (U.S.), has never been higher and is worth more than the market capitalization of most companies on the S&P/TSX benchmark index.

But Mr. Chen still presides over a shrinking company. Handset revenues plummeted to below $300-million, well short of average analyst expectations of $400-million-plus. The company used to derive more than $1-billion per quarter in high-margin "service access fees" linked to users of its old phones. Those revenues are declining by 15 per cent from quarter to quarter and will likely come in around $800-million in the fiscal year that began March 1.

Mr. Chen has said software revenues would double in this fiscal year to $500-million, but that implied generating $250-million last year. He came in $16-million short, at $234-million.

That's not the only way the story is shifting. There's a bit of creep on the timing. Mr. Chen says he is now at the half-way mark of a two-year turnaround – but it took him five quarters to get there. That suggests it will take longer than expected to complete the job. An analyst asked Friday when the company would start to show a big lift in software revenue. Mr. Chen replied that he needed two quarters. Later, he told reporters it was actually two or three, taking him into late fall, not summer as promised three months ago. As for hitting the $500-million software target, Mr. Chen himself didn't sound totally sold. "I still believe that is a reasonable target and I'm not willing to give up on that target yet," he said.

Mr. Chen used to say he needed to sell 10 million handsets to make money in smartphones. On Friday, he lowered that to eight million, and many analysts believe even that will be a struggle. It's hard to say whether BlackBerry's new smartphones, including the Passport and Classic, will get the company there; management said carriers are giving the phones good support, but that doesn't mean sales will materialize, and Mr. Chen offered only vague answers about how the Classic – a keyboard phone aimed at diehards – was performing so far.

Actually, Mr. Chen gave a lot of vague answers, particularly when asked for hard numbers about his software and service revenue plan. When pressed how many customers had upgraded to a critical new server software platform, Mr. Chen replied "I don't have that number with me." That beggars belief. BlackBerry's ability to convert corporate users to its new BES 12 software is vital to gauging its future success. "It's the single most important number in the company," Citi analyst Ehud Gelblum said.

Mr. Chen did offer that relations with carriers and resellers are much better than they have been; that had better be the case, as he is relying on them to push new products that will help large corporate users manage and secure their fleets of smartphones, and deliver on his $500-million software plan.

It's obvious that it's quite frustrating for Mr. Chen, a veteran turnaround artist, not to have the Street on his side. He won't, of course, until he can show his revenue-generating plans are bearing fruit. But even if they don't, Mr. Chen still has a war chest of cash and valuable patents. He still has time, and options, to give BlackBerry a second life. 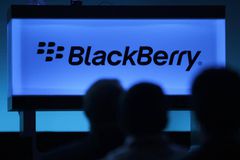 What to expect from BlackBerry earnings today
March 26, 2015 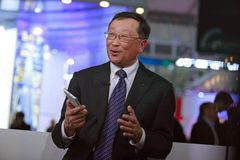