Since the dawn of the Industrial Revolution in the mid 1700s, fossil fuels have transformed humankind's journey in almost every conceivable way. Agricultural production has soared, transportation was revolutionized, electrical power enabled breathtaking technological advancements, and petro-chemistry has provided synthetic materials for the manufacture of everything from fertilizers to plastics to clothing and even heart valves.

Real GDP per capita, the measure most closely reflecting global living standards, has soared by more than 1,600 per cent (according to Indur Goklany, a member of the U.S. delegation that established the Intergovernmental Panel on Climate Change) in lock-step with the per-capita growth in fossil-fuel consumption. Harnessing our planet's enormous endowment of natural hydrocarbon energy is, without doubt, the greatest factor underpinning the huge gains in virtually every aspect of humanity's remarkable progress. And the technological advances made by the workers who unlock those buried resources have been equally profound.

But now those workers, and the companies that employ them, are being attacked as environment-destroying pariahs. They have become the prime target in a global anti-fossil-fuel war that aims to cripple their financing and destroy their livelihoods. Last February, an international group calling itself Fossil Free disrupted the opening of the Toronto Stock Exchange and other stock exchanges around the world. The occasion was a so-called "Global Divestment Day" aimed at convincing shareholders of corporations "who have become rogue entities seeking profits at the expense of people and planet" to divest their holdings. The group claims its advocacy has stimulated a $50-billion reduction in fossil-fuel investments. That number is likely exaggerated, but the movement is definitely gaining traction, most notably among churches, academia, leftist politicians and, now, doctors.

Here in Canada, the General Council of the United Church has voted to drop fossil fuels from its investment portfolios, saying the decision is based on "the Christian duty to care for the earth." Divestment campaigns are under way at some 30 Canadian universities, including the University of British Columbia and University of Toronto, where professors have voted to urge portfolio divestment. Victoria City Council recently passed a motion asking the provincial Municipal Finance Authority to allow divestment. And just last week, the Canadian Medical Association announced it would divest its holdings in fossil-fuel companies.

But here's the "elephant in the room" being missed by the divest-fossil-fuel movement: The vast majority of greenhouse gas (GHG) emissions are caused not by producers of fossil fuels, but by users of fossil fuels. Environment Canada's website states, "Globally, almost 80 per cent of GHG emissions from human sources come from the burning of fossil fuels and industrial processes. Specific activities include … vehicles, electric production, heating and cooling of buildings, operation of appliances and equipment, production and transportation of goods, and provision of services and transportation for communities." U.S. Environmental Protection Agency data show that agriculture and land-use changes contribute most of the other 20 per cent.

What do these facts tell us about the fossil-fuel divestment movement? Clearly, the only way to have an impact on emissions is to target the users. But the users are, of course, everyone. So why aren't those university professors, who fancy themselves as intellectually rigorous thinkers, calling for divestment of the shares of companies that use fossil fuels? And if, as those church leaders, doctors and politicians believe, fossil fuels are morally wrong, shouldn't they be boycotting their own use of fossil fuels? No driving, no air travel, no road- or rail-transported food, no natural gas heat for their houses, no electricity from fossil-fueled power plants. And those passionate Fossil Free divestment activists must also target any company that uses fossil fuels in its production or distribution system (i.e., virtually all companies). To do otherwise is moral hypocrisy.

Without hydrocarbon energy, the global economy would shut down. Ironically, if producers failed to supply user demand, the public would be outraged. Approximately one million Canadians are working to make sure this doesn't happen. Despite all the "drive-by" vilification from some of the same people who count on them every day, hydrocarbon industry workers should be proud of their role in providing the energy people need. 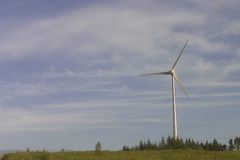 The race to find transformative carbon strategies is on
September 4, 2015 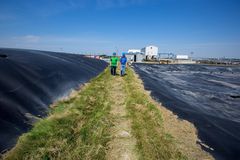