Somewhere in Canada, someone is penning a letter to the editor expressing how shocked and appalled they are by Canada Post's decision to discontinue urban home delivery service. That person will mail the letter, naturally, but by the time it reaches its destination – actually, well before that – the rest of us will have moved on. Canada Post should be applauded for finally recognizing economic reality.

The Crown corporation's five-point plan released Wednesday is really a one-point plan: Start turning a profit. Without service cuts, the numbers will never add up. In Britain, for example, the cost of serving rural routes is offset by revenue from deliveries to populous major centres. In Canada, our population is both too small and too widely dispersed for such a model to cover its fixed costs – and did I mention there's a moratorium on closing rural post offices? We might have been able to close the gap by volume in the letter-mail era, and we might again one day, if e-commerce fulfills its promise. But right now, unless you want to pay double-digit sums to mail a postcard – or rely on using taxpayers' money to bail out the post office when it fails – service cuts are inevitable.

Labour will also take it on the chin. The postal workers' union has little leverage and management has the full backing of the government in its bid to reduce labour costs. Fortunately, the company will have attrition on its side in that struggle – Canada Post's workers have an average age of 48.

On a related note, the discussion about the $6.5-billion in unfunded pension liabilities is not going to be pretty. But with Ottawa giving the company four years of relief from making up the pension shortfall, management has the leeway to make the changes Canada Post needs in order to profit from the e-commerce revolution.

Now, everything rests on executing a strategy that makes Canada Post competitive against shippers such as FedEx and UPS. It's not too late, thanks to Canadian retailers' sluggish embrace of online shopping. Online purchases made up 3.7 per cent of total retail sales in Canada in 2012. In the U.S., it was 9 per cent.

A same-day-delivery pilot project with Wal-Mart Canada Corp., Best Buy Co. Inc. and Indigo Books & Music Inc. scheduled to end in February of 2014 is an encouraging sign that at least some elements at Canada Post are willing to embrace the future. And customers are already there: Rod Hart, Canada Post's general manager of domestic parcels and e-commerce, shared the results of a 2012 survey with The Globe and Mail, showing that between 10 and 15 per cent of Canadian online shoppers say they want same-day delivery and are willing to pay extra for it.

The era when the mail carried important messages is rapidly closing, no matter what a rabid, vocal minority says about fees for paper bills. (October's Throne Speech announcement that such fees would be banned attests yet again to the power of the senior vote.) Nobody who once had letters delivered to their doorstep relishes the idea of walking around the corner for their mail, but the only way a postal service like ours can become consistently profitable – or at least break even – is to court the part of the business that's growing.

Figuring out how to better serve the needs of e-commerce companies is in our long-term best interest as consumers, and as taxpayers. 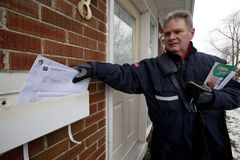 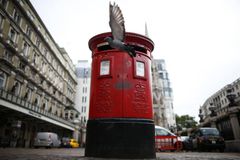 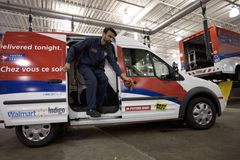