Canada and the United States are about to find themselves in a very familiar place – quarrelling over softwood lumber.

The U.S. lumber industry will be in a legal position to file a potentially damaging trade case against Canada at midnight Oct. 12, when a decade-long truce between the countries ends.

A lot is at stake. Canada exported $6-billion worth of lumber to the United States in 2015 and it's on pace to do much better this year. Through August, exports totalled $5-billion, up nearly 27 per cent from the same period in 2015, buoyed by a cheaper Canadian dollar, a strong U.S. housing industry and the expiry of an export control regime that ended the last dispute in 2006.

The crux of the U.S. case is that Canadian provinces, which control roughly 90 per cent of available timber, subsidize lumber companies by charging them too little to log on Crown land. In the United States, most timber is in private hands and typically sold at auction.

U.S. producers have repeatedly failed to make their subsidy allegations stick through four previous disputes, but it's unlikely to stop them from trying again.

Most recently – in 2004 – a NAFTA dispute settlement panel declared U.S. tariffs unjustified because subsidies were minimal.

There is no reason to believe this go-round will produce a different result. If anything, Canadian provinces have reformed their timber licensing regimes to make them more responsive to market conditions.

But trade litigation is likely to be long, expensive and potentially fruitless. Duties remain in place while the legal process drags on, typically for years. This will put enormous pressure on hard-hit Canadian producers to accept a negotiated settlement rather than wait it out for justice.

And for months now, Canadian and U.S. negotiators have tried to reach a compromise, so far unsuccessfully. Canadian Trade Minister Chrystia Freeland has acknowledged that the heightened protectionist mood of the Donald Trump versus Hillary Clinton presidential race isn't helping matters.

Even the expansion of Canadian lumber companies into the United States, and vice versa, hasn't significantly softened attitudes. B.C.'s three main lumber producers – West Fraser, Canfor and Interfor – have all acquired U.S. sawmills in recent years as a hedge against currency fluctuations and trade disputes.

The essence of the fight is about how much of the U.S. market Canada will get. The U.S. industry is reportedly pushing for a permanent cap as low as 22 per cent on Canada's share of U.S. lumber consumption, enforced by a quota. That is significantly below Canada's 2015 market share of 30 per cent and well below the 33-per-cent level reached before the two countries signed their last managed trade deal in 2006.

Such a quota would also be much stricter than the export control regime that prevailed between 2006 and 2015. Most exporters paid a tax when lumber prices dropped below certain levels.

The recent surge of Canadian lumber heading south provides ready ammunition for the U.S. legal case. U.S. producers won't have much trouble showing they're being "injured" by Canadian imports – a key test for the imposition of preliminary duties.

But injury alone is not enough to sustain a case. The more important question is what's driving Canadian lumber exports – subsidies, unfair pricing, U.S. demand, or a weak loonie.

New research by Vancouver-based forestry economist Doug Smyth debunks the notion that government timber policies are distorting the U.S. market. Instead, he pointed out that B.C. producers in particular have steadily lost market share over the past decade to producers in the U.S. South, which are tapping an oversupply of low-cost timber from converted cotton fields. Canadian companies remain competitive in the United States because of the now-weaker currency and more efficient sawmills, not subsidies, according to Mr. Smyth.

None of that will scare off U.S. producers, whose serial litigation losses have successfully kept Canadian producers at bay for decades.

In the trade dispute game, the loser is often the big winner. 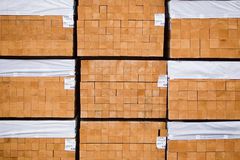 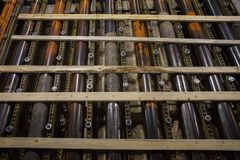