To hear the breathless media accounts of the disagreement between Canada and China over canola you'd think that this was an intractable dispute that our Prime Minister will have to make major concessions to resolve after buying a little time on his current visit.

Don't believe a word of it. To mangle the bard, "Cry rubbish and let slip the dogs of truth."

Yes, Canada sells a lot of canola to China, and the trade is worth billions to us. But the Chinese have created a trade issue out of thin air over it, most likely in order to win leverage with Canada on issues that really matter to them, such as having restrictions removed on their investments in Canada's natural resources. Instead of trading away matters of serious interest to Canada to "resolve" the canola issue, we can and should simply make it go away. Here's how.

The Chinese have for 15 years or more been accepting shipments of canola from Canada that include 2-per-cent "dockage," or extraneous plant material. This is quite a standard practice. Suddenly, however, China objects that a fungus, known as blackleg, is present in the dockage and they want it reduced from 2 per cent to 1.

Let's ignore the fact that the Chinese have not adduced one iota of documented scientific evidence establishing that any damage has been done by the Canadian dockage. Let us also not tarry over the fact that if the fungus is present, it will be present too in 1-per-cent dockage, with the same effects. Indeed it is present on the seeds themselves, to which the Chinese have raised no objections. Wave aside the fact that Canada is the dominant supplier of canola, which China badly needs, and our seed could not easily be replaced in the marketplace. Finally, let us not quibble over the fact that blackleg only matters if the seed is for planting, whereas our canola is crushed, not planted, in China, chiefly to extract the oil.

Instead of all that, let's examine the idea, usually implied rather than stated, that removing the Chinese objection to the dockage is somehow a deal-breaker for a huge but weak Canadian industry, and that the barriers to doing what China wants are huge and extravagantly expensive.

According to knowledgeable grain industry observers I have spoken to, the situation in Canada is roughly this: A grain trading company in Canada buys canola from the prairie farmer with at least 3-per-cent dockage and usually higher in it.

Companies maximize their profit margins by cleaning the seed to around 1-per-cent dockage so they don't have to pay to transport that dockage to the Port of Vancouver.

But the shipper's contract only requires its shipment to China to be 98-per-cent canola. At 1-per-cent dockage, they would be shipping 99 per cent. That 1-per-cent difference is worth money when you're shipping thousands of tonnes. So the grain companies actually add back another 1-per-cent of dockage, which they purchase locally.

Yes folks you read that right. Much of the seed arrives in Vancouver ready to ship to China to the specifications that have now been inflated into some sort of huge and insurmountable trade barrier.

Moreover, I am reliably informed that the canola buyers in China understand that if the shipments they receive are going to be 99-per-cent (rather than the current 98-per-cent) canola, that they will need to pay another 1 per cent on the price. They are fine with it.

Are there higher costs and lost efficiencies as a result of the grain companies having to transport and dispose of dockage they don't need? Sure. But the margins on the canola trade in China have been strong; more than enough, according to my sources, to cover the reduced dockage and lost efficiencies.

The proof of the pudding is in the eating. While industry is putting about the idea that they couldn't possibly ship to China at 1-per-cent dockage, the margins are so good that several major industry players are doing precisely that right now, albeit in limited volumes. The largest exporters are holding out, hoping that the Canadian government will be able to negotiate to protect their current handsome margins. But if that is the objective, it is a far cry from the unjustified alarmism that has become the staple of the narrative around this issue.

So rather than allow the Chinese to panic us into making trade concessions on other vital issues based on a fictitious problem of dockage and fungus, we should turn the tables on them. They're the ones who've made this an important matter of principle. The Prime Minister should tell them we're perfectly willing to go to 1-per-cent dockage, but we want to know what we will get in return. Turnabout, as the English say, is fair play. 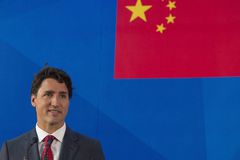 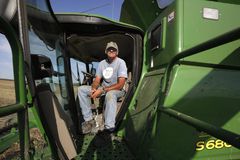