China picked a good time to go on vacation, as the country's assets have been immune from broader emerging markets turmoil. The focus will be squarely on Beijing when Chinese New Year celebrations end, however, after Bank of America strategist Bin Gao described a recent debt issue default as "very much like the Bear Stearns moment."

The $500-million (U.S.) Credit Equals Gold #1 Trust is a short-term, high-yielding trust, a type of investment known as a wealth management product (WMP). These products have exploded in popularity in recent years. At the end of 2013, it became apparent that this particular trust would be unable to fulfill its obligations, sending ripples of fear through the markets as investors wondered how many other funds were in trouble.

In the end, an arrangement was worked out where the Credit Equals Gold trust defaulted in a technical sense only. Investors will receive their principal back but an interest payment equal to seven per cent of the original investment will be skipped. In itself, the debt workout is not a big deal.

As a precedent, however, the Credit Equals Gold Trust is a much bigger problem. The WMP industry has grown from a rounding error on bank balance sheets five years ago to almost 10 trillion yuan ($1.8-trillion), according to the China Banking Association.

The quality of the assets underlying WMPs have been a source of concern for years, and in many cases are not even disclosed. Chinese regulatory bodies have openly described the industry as a massive Ponzi scheme.

Mr. Gao is concerned that China is on the verge of its own financial crisis. Like the U.S. in 2007, interbank lending rates have been extremely volatile. In addition, Mr. Gao's report lists a number of Chinese leveraged structured products – similar to collateralized debt obligations – that have fallen more than 50 per cent in recent months. He also noted that China Credit Trust, the fund company which issued Credit Equals Gold #1, could barely have paid back investors from its available cash hoard.

Credit stress has been a consistent theme in China over the past year. At the end of each quarter, lending rates jump higher as banks and trust companies scramble to meet their obligations to WMP owners. Tighter credit conditions are a clear threat to the country's investment-led economic growth model.

The end of fiscal 2013 saw a similar rush for cash. With Chinese New Year approaching and the country's fourth quarter drawing to a close, lending rates shot higher by 50 basis points before the People's Bank of China came to the rescue with added liquidity.

Charlene Chu has been notoriously bearish on Chinese debt markets during her tenure as an analyst at Fitch Ratings. In an interview with the Wall Street Journal (part of her transition to a new position at Autonomous Research), Ms. Chu noted that, while the year-end volatility was nothing new, a continuation of heightened rates into 2014 would indicate a change in policy – and increased risk of an economic slowdown.

"What really is going to matter is how 2014 starts off. If we see a pullback in the first quarter, then we can interpret that as officials finally taking steps to rein [credit growth] in. There is absolutely no deleveraging happening at all in China."

Interest rates moving higher would be a sign that credit growth is not sufficient for Chinese financial companies to fulfill their commitments to borrowers easily. As rates climb, defaults become more likely.

It also makes it more difficult for marginally-profitable Chinese corporations to continue investing. In order to make a profit when borrowing at a six per cent rate, for example, the investment has to generate profits and cash flow at a rate faster than six per cent per year.

Amid the general upheaval in emerging markets debt markets, investors should pay close attention to Chinese rates when Chinese banks are back online after the New Year's celebrations. 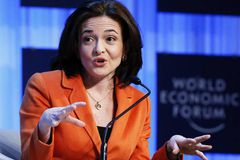