So this is the way the world ends. Will it be with a bang or a whimper?

It's not often that central bank pronouncements bring to mind a line from T.S. Eliot, but this is an unusual week. The Federal Reserve is poised to end the bond-buying program known as "QE3," the third round of unconventional stimulus injected into the U.S. economy since 2008.

Fed officials have made it plain that the latest gyrations in global markets will not deter them from finishing the program on schedule later this week, when the Fed's monetary-policy committee meets to deliberate and issue a statement. Richard Fisher, president of the Dallas Federal Reserve and a member of the committee, recently said the market volatility hadn't changed his outlook "one iota" since the underlying economy was doing well.

And the U.S. economy is indeed doing well. Gross domestic product expanded at an annual rate of 4.6 per cent in the second quarter and the labour market is improving faster than the Fed expected. The unemployment rate now stands at 5.9 per cent, its lowest rate in six years, down from a peak of 10.2 per cent in 2009. The jobless rate is the number which is uppermost in the minds of Fed officials, not the steep plunges in global markets earlier this month.

Which brings us to the current milestone: bidding farewell to QE3. Two questions loom. Will the goodbye party cause investors lose their, er, composure? And how far off is a return to some semblance of normal monetary policy, in which the benchmark federal funds rate might actually rise?

On the first question, the truth is no one knows. But given the jittery behaviour on display in recent weeks, it's not a stretch to think that anything construed as a disappointment from policymakers could send markets tumbling again.

The second question is where things get complicated. A chorus of Fed officials had signaled that an increase in the federal funds rate – from the current rock-bottom level near zero – could take place by the middle of next year. Investors, however, are starting to question that timetable. Futures contracts tied to the federal-funds rate indicate that traders now believe a rate hike is less likely by June 2015.

It's not hard to see why. Global growth is slumping. A fall in commodity prices, particularly oil, together with a stronger U.S. dollar means that inflation pressure is likely to remain low – possibly too low for the Fed's comfort. The upshot is that "the Fed will have to strike a tricky balance as it gets closer to its employment goal but temporarily moves further away from its inflation goal," wrote Paul Dales of Capital Economics last week.

Speaking of the Fed's employment goal: investors will be paying close attention to how the central bank's policy-making committee characterizes the job market on Wednesday. In recent statements, it has used the phrase "significant underutilization of labor resources" to buttress its case for continued ultra-loose monetary policy. If it adjusts that phrase – meaning it sees less slack in the labour market – take note.

Meanwhile, spare a thought for Europe. Next week will also bring the October measure of "economic sentiment" in the euro zone, which gauges consumer and business confidence. It probably won't be pretty. A bad number would increase the gloomy possibility that the region has entered its third recession in six years. The euro zone is struggling to get a first substantive round of quantitative easing under way in the face of opposition from Germany, while the U.S. is wrapping up its third.

So long, QE3. With any luck, the U.S. won't see the likes of you again for a long time.

Something sweet with your burger?

What does Burger King Worldwide Inc. really see in Tim Hortons Inc.? A clever way to reduce taxes? An opportunity to cut costs? An endless supply of double-doubles? On Monday, the burger giant will release its first set of quarterly results since it announced its merger with Tims in late August. The companies have reaffirmed their commitment to the deal even as the U.S. Treasury Department crafts new rules to deter such transactions. Investors will be watching for any new details about the merger in the results or the accompanying conference call, which will likely feature Daniel Schwartz, Burger King's 34-year old chief executive. 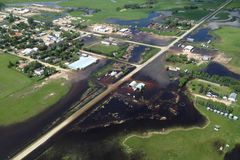 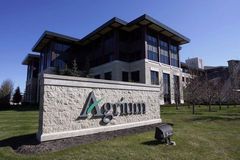