After deeming first-quarter economic growth to be "atrocious," Bank of Canada Governor Stephen Poloz has reclaimed the mantle of "Sunny Stephen," a title bestowed on him by The Economist in 2013.

In his testimony before the House of Commons standing committee on finance, the head of Canada's central bank asserted that non-energy exports would grow at a robust clip this year, with the lower Canadian dollar providing "a significant net benefit." Under the surface, the labour market dynamics are improving, too, he added.

The American economy is firing on all cylinders, said the Governor, glossing over the string of weak core durable goods orders from south of the border. This bodes ill for business investment – a segment expected to serve as a key source of demand of Canadian goods.

Oh, and the nation's real estate market? Overvalued, yes, but it's not in bubble territory, according to the Governor.

Mr. Poloz's optimism, to be fair, can be viewed as a contrarian indicator of sorts. In September, 2013, he claimed that "evidence suggests we are now close to the tipping point from improving confidence into expanding capacity." A fortnight had not passed before then-senior deputy governor Tiff Macklem announced that the bank would be ratcheting down its estimate for growth in the second half of the year.

The bank's diagnosis for 2015: Canada's economy is in for a front-loaded oil shock.

The Canadian economy's direct dependence on oil, no doubt, has been consistently overstated. But the extent to which higher oil prices and a lofty loonie have supported residential investment and consumer spending across the nation is much more of a wild card.

In that light, Pavilion's strategists think the fallout from this decline in oil prices will have more parallels to the early 1990s, when a three-year 60-per-cent plunge in crude prices coincided with a slump in the Canadian real estate market.

"The situation of the 1990s has much in common with the current situation (peak housing, peak consumer debt, oil price shock, tight fiscal policy, relatively stronger U.S. growth)," they wrote.

Personal consumption growth, according to Pavilion, will be weak for a prolonged stretch.

"The problem is that this particular oil shock comes at a time when household debt is at a historical peak," said the strategists. "The deterioration in Canadian consumer balance sheets will make the sector more vulnerable to the deterioration in the terms of trade."

Conversely, David Doyle, an analyst at Macquarie, thinks the effect on the Canadian economy from this crash in oil prices would be similar to 1986 – the last supply-driven collapse in oil prices. Back then, the economy flatlined, with two non-consecutive quarters of negative growth during the year.

There are some problems with Pavilion's case. Chiefly, that fiscal consolidation at the federal level has largely run its course, and at the provincial level, is not expected to be as severe as feared in oil-producing locales.

By the second half of 2015, according to the Bank of Canada, the positive effects of a stronger U.S. economy will outweigh the negative impact of lower oil prices, with non-commodity exports driving growth in Canada.

Mr. Poloz, however, has also often cited a "wedge" between foreign demand and Canadian exports. This gap may have a simple explanation: Within NAFTA, our market share position with the largest economy has collapsed.

In 1997, the United States imported twice as many goods from Canada than Mexico – an $82-billion gap. For the month of February, this gap has narrowed to just $781.5-million, according to data from Bloomberg.

In talks with economists both in Canada and abroad, all seem to agree on a narrative for the nation's economy: Lower oil prices will dent investment activity, but resurgent U.S. demand should give way to a renaissance of the Canadian manufacturing sector. Where they differ is on the timing and magnitude of this non-commodity uplift.

The notion that Canada's manufacturing sector and competitive position have atrophied beyond the possibility of revival – or that Canadian manufacturers will be highly reluctant to expand capacity domestically after seeing their competitors who did so go out of business when the hard times and high loonie came – is an underappreciated worst-case possibility that would imperil the bank's base-case scenario of a regional rebalancing of growth. 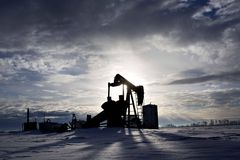