Wednesday's Bank of Canada interest rate announcement and Monetary Policy Report will have Tiff Macklem's fingerprints all over them. And from what the central bank's deputy governor has been saying lately, don't count on the bank sending any messages that it's about to soften its stubborn grip on rates, despite a growing body of economists – and economics – that suggest otherwise.

Mr. Macklem is not only the Bank of Canada's second-in-command; he's the presumptive favourite to succeed his boss, Mark Carney, when the latter leaves to head up the Bank of England this summer. Ever since Mr. Carney announced his impending departure in late November, Mr. Macklem's public profile has been steadily rising. On Wednesday morning, when he will once again be at Mr. Carney's side for the press briefing on the bank's twice-annual MPR, the audience may well be viewing an unspoken passing of the torch.

Whether Mr. Macklem will say much during the briefing is another question; in the past, the very camera-friendly Mr. Carney has dominated that particular stage. Nevertheless, with Mr. Macklem assumed to be both the front runner and Mr. Carney's personal preference to take over the governor's office, there are hints that his voice in shaping the bank's direction is becoming louder as the transition grows nearer.

That voice could be heard loud and clear two weeks ago in Kingston, Ont., when Mr. Macklem gave his first public speech since Mr. Carney announced his planned departure. The speech, the annual W. Edmund Clark Distinguished Lecture at Queen's University, was entitled "Regearing Our Economic Growth" – and it certainly had the gravitas worthy of a central bank boss.

Mr. Macklem's address was crystal clear on one point: Canadians' bloated household debt is a big threat to the country's economic stability – so big that the central bank is fully prepared to keep interest rates higher than its inflation targeting would normally dictate, in order to "lean against" household imbalances. Indeed, Mr. Macklem even put a price tag on fixing the household debt problem: About a $50-billion hit to the Canadian economy.

This is a cementing of the position that now seems so central to the Bank of Canada's approach to monetary policy. And that's why we can expect a couple of things from the MPR: One, that Canada's economic growth outlook looks even more sluggish than previously projected, and Two, the bank nevertheless has no intention of backing away from its long-standing bias toward higher interest rates as its next directional move.

This is increasingly unpopular among economists, who argue that the deteriorating economic data don't justify the bank's stubborn continuation of this bias. And they aren't wrong; based on economics alone, rates should be tilted downward in Canada right now, not upward.

But those economists are overlooking the depth of the central bank's commitment to defeating household debt, and its willingness to bend its monetary policy in the coming year to achieve the goal.

That was the message the bank was ramping up prior to the news that Mr. Carney would soon be handing the problem over to a new boss. And as Mr. Macklem increasingly takes on the look of that new boss, it looks like we can expect the message to only get stronger. 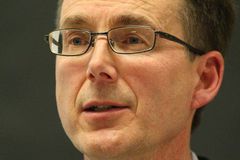 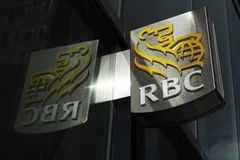 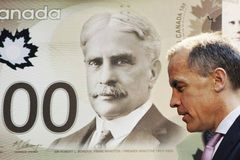 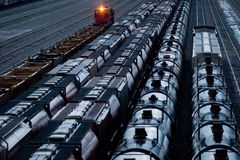 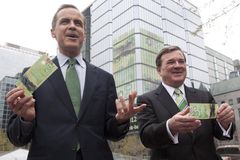 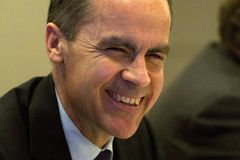