The bond market is ready for it. Equity players are nervous about it. And the number of economy watchers who expect it as early as this week is growing by the day, as they sift through the latest data and weigh the importance of a bipartisan budget deal reached last week in Washington.

It is the Federal Reserve's long-awaited move to begin scaling back its enormous bond purchases, totalling $85-billion (U.S.) a month, and slowly embark on the long road back to more normal monetary policy. As usual, the signals are mixed.

Slightly more than a third of economists polled by Bloomberg News think the central bank will take the first, modest tapering steps this week at its regular two-day policy meeting, which wraps up on Wednesday. That's double the number in last month's survey.

"While it is very small in scope … the two-year [budget] deal would provide some much needed stability to the fiscal outlook," Mr. Ashworth said in a note. "As such, it further increases the chances that the Federal Reserve will begin to wind down its monthly asset purchases at the meeting."

But despite the budget pact, improving job numbers, higher-than-expected retail sales and a smattering of other positives for the U.S. economy, many analysts suspect the central bank will wait a bit longer before easing out of its unprecedented quantitative easing program, possibly until after Fed chairman Ben Bernanke turns over the helm to his successor, Janet Yellen, at the end of January.

"The economy has given off some slightly better signals, but it still doesn't look very strong," says Robert Brusca, chief economist with Fact and Opinion Economics in New York and a former New York Fed economist. "I'm not going to say it's impossible for the Fed to start tapering. But I don't think that they will. If there are going to be changes [in policy or message], Yellen will institute them."

Mr. Brusca acknowledges that some indicators have been looking up, but notes that certain key gauges are less than robust. "Consumer confidence is still very weak. … Job creation still isn't terribly good. The housing industry has kind of cooled."

Still, some Fed regional bank presidents and other officials have been pressing for the bond-buying rollback for months. "We, at the Fed, should begin tapering back our bond purchases at the earliest opportunity" and stop "interfering with the normal price-setting function of financial markets," Dallas Fed president Richard Fisher, a long-time hawk on monetary policy, said last week.

St. Louis Fed president James Bullard, who is regarded as more of a centrist on policy, suggested that "a small taper might recognize labour market improvement, while still providing the committee the opportunity to carefully monitor inflation during the first half of next year."

If inflation remains firmly below the 2-per-cent target, the policy-setting Federal Open Market Committee "could pause tapering at subsequent meetings," said Mr. Bullard, who occupies one of the four rotating seats reserved for regional Fed bosses on the FOMC. Mr. Fisher doesn't have a vote this year, but returns to the committee in 2014.

"They're on the threshold of doing something, but I think they'd like a little more data and a little more time to think about what else they can do, as a substitute to help hold bond yields and mortgage rates down," says Avery Shenfeld, chief economist with CIBC World Markets. "The most important objective is to keep interest rates low." 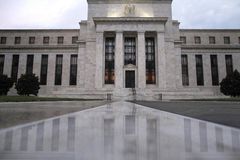 With QE tapering in sight, how high can long-term interest rates go?
December 9, 2013 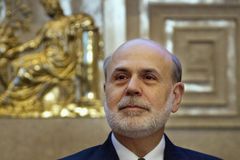 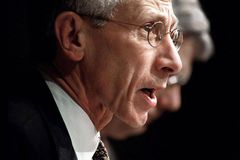