You have to love those oil traders and their ability to shut out reality in the name of small pops and drops in crude prices.

Anyone who's followed the machinations of the Organization of Petroleum Exporting Countries even moderately closely knows there was never any real prospect that its members would show up at an informal meeting in Algiers and hammer out new production limits to lift prices out of a two-year funk.

Even as many of the members' economies shuddered under the weight of the oil price collapse, past meetings – including one in Doha just last April – ended unceremoniously with no agreement to impose new self-discipline. Today, two key players, Saudi Arabia and Iran, remain at odds, with the latter refusing to crank back the taps just months after it was freed of painful international sanctions that prevented exports.

Yet on Tuesday, headlines blared that global crude prices tumbled as hopes for a new OPEC production ceiling were dashed. Oh, come on: There were no honest hopes. There were only oil traders looking to pocket a little margin on some market momentum that had been building in recent sessions.

U.S. benchmark West Texas intermediate settled down around 3 per cent at $44.67 (U.S.) a barrel on Tuesday.

A glance at the fundamentals still points to a return to a more balanced oil market, but not in response to any moves by the cartel and Russia, whose Energy Minister has chatted often with the Saudis. That return isn't imminent though.

This month, the International Energy Agency warned that demand was lagging its previous expectations, while the world's production and inventories had climbed above what it previously figured. It joined a growing chorus of forecasters who pushed out prospects of supply and demand coming back into some semblance of balance well into 2017. As recently as this spring, the consensus was for that to happen before the end off this year.

Demand has proven to be a huge bugbear, with the latest dark clouds massing over China. There, state refiners have served notice that they plan to export more gasoline and diesel in the coming months – a time when the country normally consumes the most fuel. The trend caught notice this past summer, when petroleum product exports hit a three-year high. Meanwhile, domestic demand fell 7 per cent in the first seven months of 2016, Reuters reported. It grew 3 per cent last year.

This whole oil price mess started in earnest in 2014, when Saudi Arabia refused to keep playing global oil price cop by limiting production, while other countries such as the United States and Canada pumped higher-cost crude like it was going out of style.

The shift to protecting market share succeeded in a price slide that forced shale drillers to stop all the drilling. Oil companies have clawed back billions of dollars that were being spent on new wells in deposits like the Bakken in North Dakota and Eagle Ford in Texas. As a result, U.S. production has fallen by more than 1.1 million barrels a day since topping out at more than nine million in June, 2015. However, OPEC output has surged by around that volume over the same period, making it a wash, according to TD Securities.

Companies with the most skin in the game are not romanced by the siren song of OPEC meetings, and the gamble on crude prices. Quite the opposite. BP PLC plans no annual increases in capital spending through the rest of this decade. Cost cutting will remain a priority. Last week, France's Total SA served notice that it will also look to slash more of its expenses. It has earmarked up to $2-billion less in capital expenditures in 2017.

As far as the cartel goes, Saudi and Iranian officials said on Tuesday that their discussions in Algiers, which include non-OPEC Russia, are merely "consultative" and certainly not a time for coming up with a hard-and-fast agreement on freezing production. Instead, stay tuned for the next meeting in Vienna in November.

Anyone aching for a major oil price recovery then will be wise to remember that capping output at current levels means capping it at a record at a time when the oil world's smartest people are wondering where it will all go. 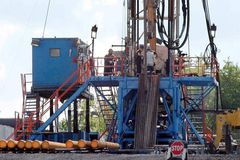 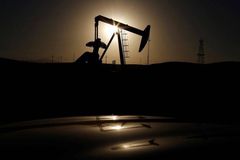