You had to have your head on a swivel to follow the shifts in the world's monetary policy tides Thursday.

Just as the European Central Bank stunned markets with a cut to its policy interest rate (an unmistakable nod to the risk of deflation, as my prescient colleague Brian Milner wrote about last week), the big economic indicator of the day substantially raised the odds that the U.S. Federal Reserve is about to go the other way. The third-quarter U.S. gross domestic product release is the latest and most compelling sign that U.S. economic growth is accelerating. The positive data clears considerable debris from the path for the Fed to begin tightening its own policy, an event that financial markets may have prematurely relegated to the back burner.

The annualized GDP growth pace for the quarter was estimated at 2.8 per cent, the strongest performance in a year and well above economists' consensus call of 2 per cent. This is only the first estimate (it faces two possible revisions before a final tally is released a couple of months from now), but if the number holds up, the U.S. economy has much more momentum entering the final quarter of the year than most experts, even those at the Fed, had thought.

A lack of visibility on growth prospects entering the fall had caused the Fed to delay what chairman Ben Bernanke called the "tapering" of its $85-billion-a-month asset-buying program (otherwise known as quantitative easing, or QE), which markets had anticipated would begin as early as September. Indeed, the Fed's cautious tone effectively pushed back market expectations for policy tightening by as much as six months.

That's a pretty big leap – one that would need to be backed up with a pretty steady stream of unimpressive economic indicators to make the case that the recovery has, indeed, been set back a half a year. But that's not what we're getting. Not only was the third-quarter GDP estimate strong, but several key indicators suggest the momentum has carried over to the fourth quarter. The Institute for Supply Management's purchasing managers' indexes, both for manufacturing and the service sector, accelerated in October, despite the U.S. government shutdown in the first half of the month. October factory orders were considerably stronger than expected. Chain-store sales showed solid growth.

The big indicator for the Fed – which has tied its future policy course explicitly to the pace of improvement in the labour market – is Friday's employment report for October. The number might not be all that useful; economists generally expect that it will have been distorted by the U.S. government shutdown. Still, if there's an upside surprise – which is quite likely, given that, despite a fairly encouraging trend in the weekly initial jobless claims, economists' consensus forecast is for a mere 120,000 jobs – it would certainly add to the case for an earlier start to Fed tapering.

Well, the Fed's next policy meeting is in mid-December, but given the ripples in the data that the government shutdown might have caused, it will probably want more visibility. Assuming the indicators don't show a drastic reversal from the third-quarter and early fourth-quarter strength, though, look for a tapering announcement at the Fed's January meeting. It will be Mr. Bernanke's last meeting; sending tapering on its way would be a fitting exit. So much for the Fed’s forward guidance
Subscriber content
November 6, 2013 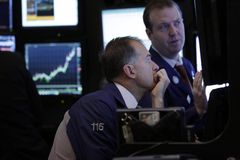 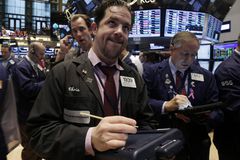 Expect the Canadian dollar to continue eroding
October 31, 2013
Follow David Parkinson on Twitter @ParkinsonGlobe
Report an error Editorial code of conduct
Due to technical reasons, we have temporarily removed commenting from our articles. We hope to have this fixed soon. Thank you for your patience. If you are looking to give feedback on our new site, please send it along to feedback@globeandmail.com. If you want to write a letter to the editor, please forward to letters@globeandmail.com.
Comments