There was angst ahead of Wednesday's decision. That's because it was clear Ms. Yellen's Fed was poised to signal definitively that the age of zero interest rates was over. The world's money managers and traders retain harsh memories from 2013, when Mr. Bernanke naively thought financial markets were mature enough to handle the news that the Fed intended to slow its bond-buying program. The notion of a world without the Fed creating tens of billions of dollars each month to buy bonds roiled financial markets by sparking a flight of capital from emerging markets. Mr. Bernanke went from hero of the financial crisis to father of the "taper tantrum." His counterparts at other central banks were unamused, as they were forced to compensate with various policy measures of their own to keep their currencies from crashing and their markets from collapsing.

Ms. Yellen and her lieutenants clearly have absorbed the lessons from that episode. They moved extremely deliberately Wednesday. As expected, the Fed dropped language from the statement that had been used to signal that policy makers intended to leave the benchmark lending rate at zero for the foreseeable future. But the Federal Open Market Committee stated explicitly that an increase was unlikely at the next meeting in April. Message to markets: please don't cry and throw your toys around. June now is the earliest traders and investors will have to adjust to a world where the base U.S. interest rate is 0.25 per cent rather than effectively zero.

More important, however, was the release of new longer-term projections. Policy makers are preparing for liftoff, but they don't see borrowing costs gaining much altitude. The median estimate of the benchmark lending rate at the end of the year was cut to 0.625 per cent from 1.125 per cent in December. That reflects the U.S. dollar's surge this year, which is both restraining economic growth by hurting exporters, and putting downward pressure on inflation by making imports cheaper. The Fed also revised its estimate of the longer-run unemployment rate to a range of 5 per cent to 5.2 per cent from 5.2 per cent to 5.5 per cent previously. That's important because the longer-run unemployment rate is the Fed's de facto target for employment. The U.S. unemployment rate was 5.5 per cent in February. The revision means policy makers will be comfortable leaving interest rates lower for longer.

The children who threw a fit the last time the Fed signalled tighter policy loved what they heard from Ms. Yellen Wednesday. Most stock markets in Asia ended their trading days higher. European equities climbed to their highest since 2000.

So, no tantrum. But Ms. Yellen still has her work cut out. She insists she wants to end forward guidance, or the policy of hand-holding that the Fed and other central bank adopted during the financial crisis to instill confidence. This is necessary. As Clément Gignac, chief economist at Industrial Alliance Insurance and Financial Services, puts it, investors become "numbed" by the expectation the punch bowl never will be taken away. Investors start to take riskier and riskier bets. That's unhealthy. Markets need a certain amount of volatility to keep investors sharp. Mr. Bernanke induced a tantrum because too many investors had made one-way bets that the Fed would keep U.S. interest rates super low.

The Fed is facing criticism that it risks repeating one of the great mistakes of the Great Depression by moving to raise interest rates before the economy is roaring again. The Fed showed Wednesday that it has no intention of raising borrowing costs to a level that would seriously impede growth. Rather, it is trying to get away from forward guidance. That will require higher rates so market participants know the Fed is serious about getting to a place where policy will be determined by data, not old promises.

Before Wednesday's announcement, prices of financial assets linked to short-term interest rates indicated that most market participants anticipated an interest-rate increase in June. After the announcement, the market's expectation shifted to the end of the year. That move had nothing to do with a change in data. It was just as difficult to square an emergency policy setting with an unemployment rate of 5.5 per cent Wednesday afternoon as it was Wednesday morning. Ms. Yellen yet may need to teach her children a lesson.

Note of caution from Federal Reserve as U.S. moves to raising rates
March 18, 2015 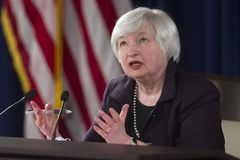 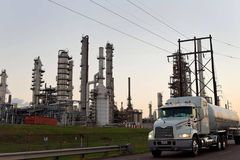