Sluggish export growth may be a Canadian problem, but it is hardly a problem exclusive to Canada. Indeed, on a global basis, trade is no longer living up to its well-earned reputation of the past couple of decades as a vital driver of world economic expansion. Globalization has lost its mojo.

A new paper from Eric Lascelles, chief economist at RBC Global Asset Management Inc., notes that in the tide of globalization that buoyed the world economy for most of two decades prior to the Great Recession, global trade grew at nearly double the pace of global gross domestic product. But since the start of 2011, growth in exports has only matched that of GDP – essentially, expansion of trade has ground to a halt.

Certainly some of this is due to cyclical factors tied to the recession and the related financial crisis of the late-2000s, a rare economic storm from which little about the subsequent recovery has been normal. Export patterns are typically more volatile than those of broader economic growth – exports have higher highs in the good times and lower lows in the bad times. The below-norm export performance may, at least in part, reflect the world's slow-growth economic rut of the past few years.

Mr. Lascelles said another lingering effect of the recession and financial crisis has been a rise in protectionism – a slow upward creep in tariffs, increased regulation and other indirect government barriers to trade, and a general slowdown in international trade liberalization – that has impeded export growth.

But Mr. Lascelles estimates that cyclically-related economic and protectionist trends can only account for about half of the world's trade-growth underperformance from previous norms. The other half is more problematic: Structural changes in the global economy that have put a lid on the upside potential for trade.

The most crucial of these changes is the maturing of major emerging-market economies, especially China. As these economies have advanced and modernized and their populations have become wealthier, they have used up the low-hanging fruit to rapidly expand both their demand and their export production. The rising wages in emerging markets have also eaten into their competitive advantage as export manufacturers. Given that growth of emerging markets has slowed even as the developed world has progressed in its recovery, it suggests that we may be entering a more moderate phase in emerging-market growth.

The lagging global trade performance certainly has the attention of the world's key economic decision-makers. The Group of 20 leaders, in their February summit in Sydney, committed to implementing policies that would add 2 per cent to the global economy, over and above projected levels, in the next five years – essentially a permanent upgrade of the world's output. Given that the G20 intends to do this "in the context of maintaining fiscal sustainability and financial sector stability," much of the focus will have to be on increased trade liberalization and the reduction of barriers to grease the flow of goods and capital.

"There are still a lot of impediments to growth, not just in specific countries but at a global level, which if removed might give us 'free' natural growth – 'free' in the sense that you don't actually have to do a fiscal shock in order to do it. Examples like trade liberalization are very powerful ways of boosting growth everywhere at once," Bank of Canada Governor Stephen Poloz said in a recent press conference, noting that the G20 commitment amounts to about $2-trillion annually to the global economy. "It's a really significant amount of money that's available, perhaps, if we remove some of these impediments to growth."

Certainly, reversing the rise in protectionism and reducing barriers to trade and investment would be a healthy step. But given the apparent structural maturation in key growth markets for global trade, not to mention the fact that the world trade system has already undergone sweeping liberalization over the past few decades, the benefits to be had from further dropping of trade barriers will certainly pale in comparison with what what the world gained from the formation of the World Trade Organization, the European Union, NAFTA, the fall of communism and the opening of the Chinese market. Simply, globalization is no longer the slam-dunk source of economic expansion that it once was. We'd best get used to it. 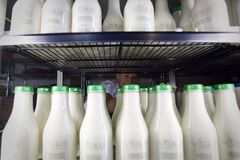 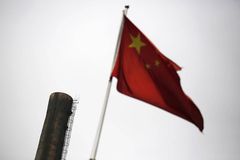