Glen Hodgson
Special to The Globe and Mail
Published August 23, 2016 Updated May 16, 2018
For Subscribers

Canada's Olympic athletes achieved great success over the past two weeks in Rio, winning 22 medals – four of them gold. The success at Rio builds on other recent summer and winter Olympic results – at Sochi in 2014, London in 2012 and, of course, Vancouver in 2010, where Canada led the gold medal count. What can businesses and other organizations learn from this success?

It was not so long ago that Canada's results at the Olympics were dismal. Our nation won 11 medals but no gold as the host of the 1976 Summer Olympics in Montreal, and five medals but no gold at the Winter games in Calgary in 1988. Results got progressively better into the 1900s and 2000s, notably in the Winter games. There were, of course, nations like the Soviet Union and East Germany that invested heavily in their athletic programs and used the Olympics for propaganda purposes. Drug cheaters existed then and are still around today. But, overall, Canada punched below its weight in many Olympic events.

My, how things have changed. As we bask in the reflected glory of our Rio athletes, what are the lessons for Canadian organizations – in business, the public sector and not-for-profits? We see five key learnings.

First and most important, develop a credible and attainable plan with stretch goals. Success in Rio was not an accident – it was the result of a serious plan developed in the mid-2000s to "own the podium", meaning Olympic and regular athletic success in many sports. The lesson for businesses of all types, governments, government-owned commercial entities (such as Crown corporations), and other organizations, is that success can be optimized if you have a plan and hold yourself accountable to achieving the plan. Good strategic plans have short-, medium- and long-term objectives with specific and measurable outcomes. It's about having a road map that everyone follows.

Second: Ensure there is adequate and sustainable financing. In business or government, as in Olympic competition, success is unlikely to be achieved without a strong financial foundation. While there may be the occasional victory based largely on talent – such as the sprinters at the 1996 Olympics in Atlanta – you can't cut your way to success, or get there repeatedly on the cheap. The "Own the Podium" program gained permanent status as a legacy of the 2010 Vancouver Olympics, with a sustainable funding model. It has focused on streamlining processes and ensuring accountability in a targeted, focused approach. The results showed in Rio.

Third: Put the right people in charge. Visionary, inspirational and skilled management matters as much in business and government as it does in sports. Having the right management structure in place and then hiring the right people to define, implement and live the plan creates the conditions for improved results. Canada's sports administrators and front-line coaches deserve their share of the credit for success in Rio, shaping and inspiring the obvious athletic talent in this country to go for the gold. The same holds true for business, government and any other organization: management matters.

Fourth: Everyone should get to play. Canadian women outshone the men in Rio, winning the vast majority of medals. This result demonstrates once again the value of creating a level playing field with equal opportunity for all – in competitive sports, in the workplace, and in society. Women and men alike, minorities, people with disabilities and indigenous Canadians have huge potential that can be unlocked if they are given full and equal opportunity, and rewarded accordingly. Indeed, Conference Board research on diversity makes a strong business case for creating a level playing field for all in terms of career and promotion opportunities, organizational governance and compensation.

Fifth and finally: Execute, execute, execute. A plan – no matter how great – is of limited value unless it is executed every day, refreshed regularly and challenged for its relevance and attainability.

Canada's athletes owned the podium in Rio. Canadian organizations of all types can own their own podium, if they learn and adopt the lessons for success from our Olympic experience.

Debate continues over whether Olympic medalists should be taxed
May 16, 2018 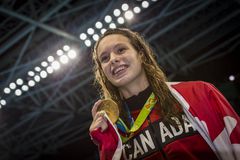 Andre De Grasse’s sponsors made a huge bet, but it paid off
December 15, 2017 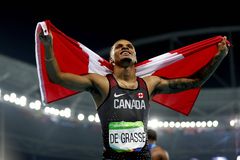 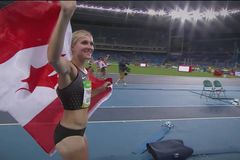