Competing for eyeballs in recent weeks is an upcoming blockbuster of a different sort: Prime Minister Narendra Modi's first full budget. The anticipation is such that the cable news channels have gone Bollywood in promoting their coverage. "THE COMMON MAN IS HOPING FOR AN UNCOMMON BUDGET," NDTV declares on one billboard. So too is Davos Man. Indian officials were the toast of this year's gathering of the international rich and powerful in the Swiss Alps. "WILL THE WORLD TAKE NOTE OR SIMPLY WATCH," Bloomberg Television asks on its billboard, foregoing a question mark.

The budget is important because much of India's current economic momentum is based on hope, not reality. Anticipation of what Mr. Modi will do with the historic mandate he won in May has made India's stock market among the hottest in the world. Confidence is driving consumption. If hope dwindles, India will struggle. The labyrinth of rules and taxes that deterred investment before Mr. Modi's victory largely remain in place. "There is a little bit of impatience creeping in as to why no changes are happening and why this is taking so long having an effect on ground," Deepak Parekh, chairman of Housing Development Finance Corp., said earlier this month. "Optimism is there but it is not translating into revenues." The budget will show whether all the hype was worth it.

Show time for Mr. Modi and his suave finance minister, Arun Jaitley, is Saturday. (India's budget traditionally is presented on the final working day of February). Indian stock markets will open to allow traders to immediately pass judgement on the ambition of Mr. Modi's policies. Mr. Jaitley's first budget was modest. There was some grumbling, but the government mostly was given a pass. It will be accorded no such leeway this time.

"It really depends on the budget," Jim O'Neill, the former chairman of Goldman Sachs Asset Management, told the Economic Times this week when asked if the Indian stock markets can repeat last year's 30-per-cent gain. "A lot of expectations have been raised, unlike last year," said Mr. O'Neill, the father of the BRIC acronym, which he created to describe the rise of the biggest emerging market countries, including India. "So, if there is not much announced, perhaps there would be a correction. If my hopes are, however, even partially satisfied, then 20-30 per cent gain is possible."

India is on track to surpass China as the world's fastest growing economy at some point over the next couple of years. Some, including Fairfax CEO Prem Watsa, talk about India surging to annual growth rates of around 10 per cent. Those forecasts assume Mr. Modi will use his mandate to make India a place where global companies can make money. The country's rank on the World Bank's ease of doing business index is No. 142, just ahead of the West Bank and Gaza. Mr. Modi says he will catapult his country into the Top 50. The promise he made his people was to lift millions out of poverty within a decade. That will require China-style economic growth. That means doing what China did and opening the doors to international investment.

Mr. Modi and Mr. Jaitley are constrained by a budget deficit of more than 4 per cent of gross domestic product. They have promised to shrink that to 3 per cent. The rating agencies will be watching. The Reserve Bank of India will be watching too. The central bank has made clear that further interest rate cuts are contingent on the federal government doing its part to fight inflation by controlling spending.

There is pressure on Mr. Modi and Mr. Jaitley to go big. That may be expecting too much. Politics is difficult in India, even for the leader of a majority government. The country consists of 29 states and seven territories. Much of what Mr. Modi wants to achieve will require keeping the majority of them onside. His Bharatiya Janata Party (BJP) won a series of state elections through the fall, but was thrashed this month in New Delhi, the capital. This was a wakeup call not only for Mr. Modi, but opposition parties across the country. New Delhi provided evidence that the BJP can be stopped. The opposition controls India's upper house and Mr. Modi so far has failed to convince his opponents to co-operate with him. Symbolic legislation that would allow foreigners to buy bigger stakes in insurance companies and speed up land purchases remains stalled in parliament. These bills were thought to be relatively uncontroversial. What happens when Mr. Modi attempts to cut India's subsidy bill or pass a national goods-and-services tax?

Vivek Dehejia, a Carleton University economist currently based in Mumbai, observed after Mr. Modi's first six months in power that India's new leader was more like Stephen Harper than Margaret Thatcher. The BJP still is relatively new to power. Voters historically have favoured Congress, the centre-left party dominated by the Gandhi family. Indians are ready to give Mr. Modi a chance, but many at the same time aren't sure they trust him. Doing too much too fast only will stir up that distrust, making it more difficult to govern.

That argues for a slow-and-steady approach to economic reform; one that demonstrates consistent progress, but avoids giving the opposition reason to stand in his path. Rather than a one hit wonder, Mr. Modi is planning a several-part series, like Harry Potter. And the saga is about to begin.

Modi’s condemnation of religious violence should be welcomed by all
February 19, 2015 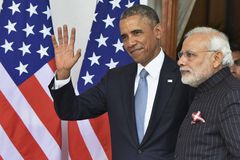 Modi’s armour may be dented, but the world still looks to India for a lift
Subscriber content
February 13, 2015 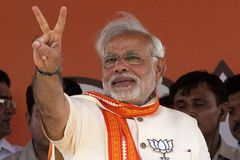