Japan is a nuclear-free zone. The entire fleet of 50 reactors that until 2011 supplied more than a quarter of the country's electricity are idle after today's shut-down for maintenance of the last operating unit. For a few Luddite environmentalists, it's a cause for celebration, but for most Japanese, this is hideous news. There is the technical challenge of keeping the lights on in the coming winter and, worse, the economic burden of buying expensive natural gas to fill the nuclear gap. For the rest of us non-Japanese, it is a reminder of a looming problem. The world needs more energy quickly, and a decade of bad energy policy has left us with inadequate infrastructure and huge bills to pay.

The temporary shutdown of Kansai's reactor at Ohi in western Japan means that the country may be without nuclear power until December. The earthquake that irreparably damaged Tokyo Electric Power Company's nuclear plant at Fukushima in March 2011 has broken the back of Japan's energy strategy. Plans to raise the contribution of nuclear power to electricity generation from almost 30 per cent to 50 per cent will clearly not be achievable for a generation, if at all. Japan now faces a serious energy deficit with no alternative plan for power generation, other than the import of increasing volumes of fossil fuels.

Gas-fired and coal-fired generators each supply more than a quarter of electricity demand. Japan is already the world's largest importer of liquefied natural gas and since the Fukushima disaster, Japan's power companies have been paying top dollar to divert LNG destined for Europe in order to meet demand in Japan. However, the system is close to capacity limits and the coal-fired power fleet was also damaged in the earthquake. To meet its power needs, Japan has been forced to burn crude oil and fuel oil, bringing old plants, mothballed for environmental reasons, back into action.

The cost of importing more liquefied gas, coal and crude oil will be damaging for Japan, specifically efforts by Prime Minister Abe's government to stimulate a consumer recovery. Japan imported 11 per cent more LNG last year and the rising demand has helped to push up prices, leaving Japan with a 25 per cent increase in its gas bill and an overall 10 per cent increase in the cost of fossil fuel imports.

Unfortunately, Japan has little choice this winter but to keep on buying, a dilemma which is proving to be a boon to Australasian coal and LNG exporters. However, few should welcome the sight of the world's third largest economy hung out to dry by energy costs. Other Asian countries such as India, which is also suffering from an inflating energy bill, will suffer the consequences and the question remains as to how Japan can fill the nuclear gap in the medium-term.

There is no alternative but to build more fossil fuel power generation which means more LNG and more coal. The latter fuel is the cheapest available option for power generators but also one that would require that Japan turn a blind eye to increasing carbon emissions. In his current economic dilemma, Prime Minister Abe must be wondering which is the greater embarassment: ignoring the protocol signed in Kyoto 16 years ago, or seeing the lights go out in Kyoto next year.

Japan’s predicament a boon for future of energy exporters Subscriber content
May 12, 2018 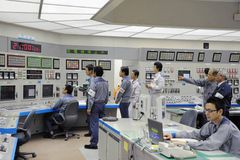 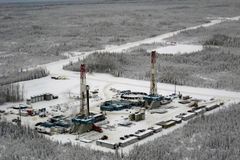 Legislature to say idle while Liberals revamp tax structure for LNG revenue
May 11, 2018 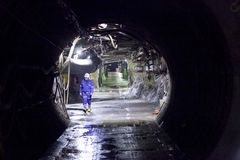 The global economy’s long climb back to the new normal
May 11, 2018