If we wonder whether the value of our homes has been pumped up in a bubble of cheap money, no such worry is troubling global real estate investors who have amassed almost half a trillion dollars of new capital to sink into land and buildings. Some of it is heading for Canada's big cities and, likewise, Canadian pension funds are scouring the world for acreage that produces income. Even as the prices climb, new buildings reach for the sky, oblivious of any concern that interest rates might turn sour.

It's a great wall of money, according to DTZ, the real estate consultants: A record $429-billion (U.S.) is targeting commercial real estate worldwide in 2015. The biggest share, $166-billion, is heading for the U.S., says DTZ and the sum has increased by 12 per cent in just six months. The sheer scale of America's investment property market is attracting fund managers and property tycoons, as is the economic recovery and the availability of cheap debt. Britain, another highly liquid and active market, is the second favoured destination, attracting $47-billion. Some $12-billion is chasing Canada.

Not everyone is gung-ho about the prospect for fat profits. Grosvenor Group, the property empire controlled by the family of the Duke of Westminster, gave warning this week that it expected lower returns over the next few years. Grosvenor owns large swathes of Mayfair and Knightsbridge. It is also active in Canada with a prestige residential project in Vancouver, but it has been reducing its exposure to high valuations, shedding £240-million worth of London property last year. Mark Preston, Grosvenor's CEO, suggested the only thing that was stopping asset price deflation was central government policies: "At some point that will unwind," he said.

That sounds like received wisdom. But, if true, how does it square with the rush to build and buy? Tower cranes soar over downtown Toronto and as tenants move to shinier premises, the city's vacancy rate will rise from 5 per cent to 7 per cent next year and 10 per cent in 2017, according to real estate brokers Cushman and Wakefield.

Big cities have always had sex appeal for real estate investors. It's not just the chance to own the tallest and shiniest tower; urbanization is creating distinct economies that generate their own economic expansion. Forget the global geography of the Internet; true creativity is spawned by jamming more ambitious people into a hothouse of smaller spaces; the new businesses that emerge in big cities suck in migrants, which generates more demand. In Britain, London is the Great Wen, hoovering up people and money. Real estate eyes widened this month when UBS Global Asset Management paid £222-million for a trophy office block, a price that implied a yield of just 3.4 per cent, down from 4.75 per cent in July 2013.

There must be a point at which property yields become so thin that investors take fright. But that depends on your view of both the prospect for rental growth and the outlook for the cost of money. America looks less buoyant; the latest GDP figure, an increase of just 0.2 per cent in the first quarter, suggests either a pause for breath or a much bigger exhalation. British growth in the first quarter was similarly lacklustre, and whatever it says about underlying trends, it must mean that low interest rates are here for a while longer.

If that is true, the dash to buy up scarce land in big cities will only continue. If investors are parking money with the German and Swiss governments while paying for the privilege, then it makes sense to buy an office building with a 3 per cent income yield. The question is how low you might go. Are we heading for a world in which a property developer can sell a building without a tenant – the real estate equivalent of a negative bond yield?

That sounds quite absurd. But then again, it all depends on confidence in the allure of owning the land beneath your feet. That is very powerful, indeed. 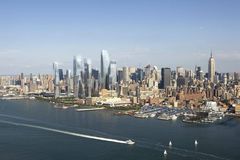