Suppose you're concerned about the destruction of Canada's forests.

So you join a campaign fighting the construction of a new highway in northern British Columbia – a road that would make it easier for logging companies to tap vast new timber reserves.

The road's critics throw up a host of objections, including the danger of runaway trucks, diesel fumes, noise pollution and traffic.

But it's not really the road opponents don't like. It's the logging itself. And unfortunately, stopping the road won't stop the harvest – not in British Columbia, not in the rest of Canada, nor anywhere else in the world. As long as the world depends on wood to make homes, furniture, diapers and printer paper, there will be logging.

Perhaps you've guessed already. This isn't a column about logging. It's about Energy East, a proposed 4,500-kilometre pipeline that would transport 1.1 million barrels of oil sands crude from Western Canada to refineries in Eastern Canada as well as tankers for export.

It's time to stop muddying the pipeline debate. It's not about pipeline safety. Energy East, like other large pipeline projects, has become an unfortunate proxy in the broader battle over climate change.

Hundreds of oil and gas pipelines already criss-cross this country. Some are buried a few centimetres beneath those bike trails many of us enjoy. Many others run just beyond urban backyards. And almost no one complains.

That's because we all consume what's in those pipelines. We ride in cars, planes, trains or buses. We heat, or cool, our homes. Our lives depend on hundreds of products made from fossil fuels – from contact lenses and mobile phones to clothes and bicycle tires.

And the world will still be hooked on oil, even if new pipelines such as Energy East, Kinder Morgan's Trans Mountain line or Enbridge's Northern Gateway project are never built.

The recent suspension of hearings by the National Energy Board may give critics some satisfaction. Killing the project altogether would no doubt make them gleeful. But it will not get the world any closer to a climate change solution.

And it could well wreck the Canadian economy in the process.

Consider what the pipeline will actually do. The business case for the project, according to TransCanada Corp.'s application to the NEB, depends largely on narrowing the persistent discount applied to oil sands crude, so-called Western Canadian Select. Due to pipeline constraints, most of that oil is currently sold in the nearest market, the United States. The lack of access to other potential markets means that oil has sold for an average of nearly $20 (U.S.) less a barrel in recent years compared to competing West Texas intermediate. TransCanada says the gap should be just $10 a barrel to account for the higher cost of refining heavy crude.

In Quebec, where opposition to the project is most intense, the demise of Energy East would simply mean a perpetuation of the status quo – buying more expensive foreign crude. Quebec refineries imported more than 80 per cent of their crude in 2014, mainly from the United States, Algeria, Angola and Mexico. Atlantic Canada refineries similarly imported 77 per cent of their crude from the United States, Saudi Arabia, Iraq and a clutch of other places.

Potential new markets for Canadian crude, such as refineries in the U.S. Northeast, Europe and India, would continue to buy their oil from someone else.

The main loser would be Canada's oil sector, and by extension, the national economy.

Pipelines are all about supply. Pipelines have relatively little impact on demand. If Canada can't find a way to get oil sands crude to market efficiently, the resource may stay in the ground and other suppliers will fill the void. In a world awash in oil, customers – even Canadian ones – will simply buy their feedstock from the United States, Saudi Arabia, Algeria, Iraq and elsewhere.

Killing pipelines won't reduce carbon emissions or help clean up the planet. Climate change is a demand problem, not a supply problem.

The NEB's most important job is to make sure the pipeline is in Canada's interests and that it's built safely.

It should get on with its job. 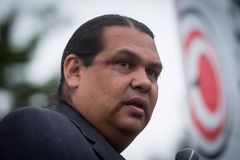