Justin Trudeau did not sweep into power on the strength of the Liberal Party's innovation platform. What few ideas he offered to stimulate the "knowledge economy" during the election were weak and dated. The incoming prime minister should start over if he wants to shape a better innovation agenda for Canada.

The party pledged $200-million annually for three years to support incubators, accelerators and research facilities, to top up the Industrial Research Assistance Program by $100-million and to reinstate a tax credit for investing in labour-sponsored funds. This is a typical and tired political response to Canada's chronic productivity, competitiveness and innovation woes: Throw money at a problem without defining the problem.

The cash would largely go to infant firms, but a bigger concern, observers say, is helping emerging companies to reach critical mass.

"A prosperity strategy means a series of policies designed to turn a dollar into two," says former BlackBerry co-chief executive officer Jim Balsillie, who has encouraged startups to make their voices heard in Ottawa. "When it comes to high tech, those policies are missing or incomplete."

As for labour-sponsored funds, this is an unsuccessful tool of past governments that experts say has resulted in a squandering of public money.

Government can help when it comes to the innovation sector. But much has changed in the past half-decade, and the policy response must change, too. The fixes don't have to be grand. One of the best such moves by the Conservative government was a 2010 tweak to tax law that made it easier for U.S. venture funds to invest in Canada. Leading funds immediately flooded into Canada, providing a needed boost to Canadian startups, pushing up valuations, and providing firms here with the same access to sophisticated advisers and networks as their Silicon Valley peers. It forced Canada's marginal venture capital industry to up its game.

If that could have such an impact, are there other simple things the new government could do to foster the tech industry? Absolutely. It starts with asking entrepreneurs what stands in their way to achieving prosperity.

For example, one of the biggest challenges facing Shopify, Canada's emerging tech leader, is recruiting talent from abroad. It's challenging enough for surging Canadian startups to bring Silicon Valley executives across the border, but it's been harder since the temporary foreign worker issue became a political hot potato in 2013. "If it's difficult for us [to hire foreign programmers], I can imagine how difficult it would be for a startup that wants to hire a data scientist out of the U.S. or Europe," says Shopify's chief platform officer Harley Finkelstein. "It should be easier."

It should also be easier for startups to deal with Ottawa. For example, the federal government's flagship research and development financing vehicle, the Scientific Research and Experimental Development tax credit program, is so complex to navigate that it supports an industry of consultants to secure the aid. "If you need to hire a consultant to do that, that should be a big red flag," Mr. Finkelstein says. "That money could allow you to hire 10 more people." While the government is simplifying that, it should also institute a long-overdue change to procurement policies to make it as easy for Canadian startups to sell their wares to their home government as is the case elsewhere.

Canada has a shortage of tech workers at a time when software jobs are becoming ever more important. It stands to reason coding should be a mandatory part of school curriculums in Canada. It's not, except in Nova Scotia, which just announced the change last month. Education is a provincial matter, but Ottawa could launch a national strategy to compel provinces to follow Nova Scotia's lead.

The Liberals will encounter many other good suggestions when they talk to the startup set. Here's one: Ottawa should cut back on acting like Canada's risk capitalist in chief by financing startups and instead share the risk with individuals willing to deploy their own capital. Jevon MacDonald, a serial entrepreneur, investor and thought leader in the Canadian tech ecosystem, suggests creating a "national equity investment tax credit" that would offer a 35 per cent tax credit for any qualified individual Canadian startup investor – up to, say, $500,000. "It would encourage people like me to invest in Canadian companies," he says.

Anything that gets the risk-takers to invest more at home can only be a good thing, and the start of a promising innovation platform for the new government.

Opinion
How Canada can nurture growth through tech and innovation
October 22, 2015 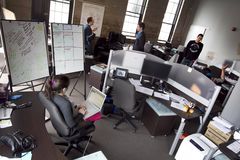 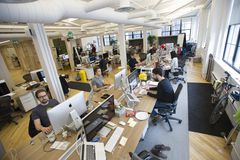 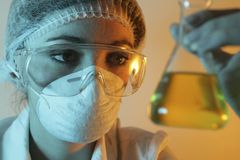 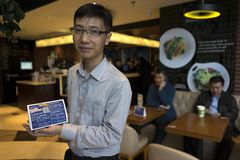 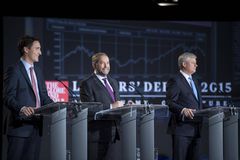