Ottawa's latest salvo in its war against the bloated Canadian housing market may serve as the first real test of whether the economy is ready for higher interest rates.

Canadian Mortgage and Housing Corp., the federal government's housing agency, announced new limits on the amount of mortgage-backed securities it would guarantee for Canada's mortgage lenders, who have been using CMHC guarantees on the MBS they issue to offset the cost of financing mortgages.

The new restrictions will effectively increase lenders' costs for funding mortgages by as much as 65 basis points, by one analyst's estimation. Assuming they pass the increase on to their customers – as they did in June when bond market turmoil drove up borrowing costs – this should translate to higher mortgage rates.

This is a new element in Ottawa's crusade to slow the housing market. Up until now, its efforts have largely been aimed at making it more difficult for potential buyers to qualify for mortgages, coupled with an ongoing campaign of finger-wagging from the Finance department and the Bank of Canada that Canadians need to rein in their debts. But this latest action gives mortgage rates themselves a shove higher.

The impact goes beyond new buyers. Anyone with a mortgage coming up for renewal in the next year is almost certainly going to be facing higher interest rates; anyone who had been looking at low rates as a window for refinancing may have to think again.

What might this mean, economically speaking? A glimpse over the U.S. border is illuminating. A new report from Toronto-Dominion Bank economist James Marple said that higher U.S. mortgage rates (they're up nearly 100 basis points over the past two months) threaten to slam the brakes on U.S. mortgage refinancings, which have saved U.S. households an estimated average of $14-billion a year in mortgage costs since 2009. That's $14-billion of found money for U.S. consumers to spend, providing some welcome economic fuel during the recovery.

The prospect of that fuel drying up in a still-struggling economy is far from welcome, but it's also far from disastrous. Mr. Marple noted that the annual savings from refinancing represent only 0.1 per cent of all U.S. disposable income.

In Canada, where the term lengths of mortgages are shorter and the penalties for early renewal steeper, refinancings are a much smaller business than in the United States. Nevertheless, rising rates will result in higher mortgage payments both for new mortgages and for renewals, and thus will absolutely be an additional drag on already sluggish household consumption spending – maybe not an insurmountable one, but it just adds one more burden to the economy's load.

Still, this is a much less blunt instrument than an increase in the Bank of Canada's benchmark policy rate, something the central bank has long held as a threat to rein in household debts and tame the housing market. Thankfully, the MBS cap will specifically affect mortgage lending, rather than interest rates for all businesses and consumers across the board. If higher rates are, indeed, the only medicine that will cure Canada's housing ills, then this may be a way to spare the entire economy from the side effects. 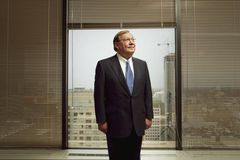