Most of the media coverage surrounding Rogers Communications Inc.'s $5.2-billion, 12-year deal for the National Hockey League's broadcasting rights has focused on what a huge win this is for Rogers. But the communications giant may not be the big winner it appears.

Yes, the company secured a highly valued Canadian media property for the next 12 years, all but shutting out its competitors. It has its hands on a product that people will pay for: A live event that can't realistically be stored and consumed at a more convenient time by its audience, but still has all kinds of possibilities for improving the convenience of delivery. Different devices, packages, fee structures – they're all options for Rogers to exploit.

Yet Rogers has committed an enormous sum on what is essentially a 12-year lease of a business for which the profit models are still largely unproven in the new digital distribution formats that Rogers will want to take it. If it succeeds, it will enhance the value of the asset and will only have to pay more to lease it again when the contract expires. If it fails, it will have fallen victim to one of the most infamous of blunders in the media business: Overpaying for content.

For the NHL, though, there's little downside. A company has guaranteed it far more money than it has ever seen from broadcasting rights before – whether its product can deliver a commensurate return on this investment or not.

Some might question the NHL's wisdom in granting Rogers everything – including online video streaming, highlights, the works. Other leagues, most notably the National Football League – the acknowledged master in marketing its product and squeezing every dollar from its distribution – have zealously protected those properties for themselves.

That the NHL was willing to do so shows just how sweet it perceives this deal to be. It will receive large revenue streams from the distribution of its product for the next dozen years, without having to develop those largely untested new distribution platforms itself. It doesn't have to figure out how best to deliver the product to mobile users, smart TVs, desktops and a fast-evolving world of cable subscribers, and how to build it into a seamless and (crucially) profitable business. Rogers will do all that for the league.

Are there risks for the NHL? Certainly. It is abandoning long-time media partners who have done a lot to build the league's brand and cultivate its audience. It is giving unprecedented control of its future marketing and product distribution in Canada to a single entity. The danger is that in an effort to recoup its investment in the NHL, Rogers will restrict access to the product increasingly to paying subscribers, and/or will seek to raise prices for its subscription services on various platforms. If fewer casual and new fans have ready access to the product, the short-term benefits of the broadcast deal could be outweighed by a longer-term erosion of the fan base; if you've never seen NHL hockey, you won't know or care what you're missing. (Just look what happened to the once-popular sport of boxing once it developed an unquenchable thirst for pay-per-view.)

But for now, such threats seem far off and small, especially compared with the financial risks to content providers in a very uncertain time for traditional broadcast media – risks that Rogers has taken off the NHL's shoulders. The NHL gets to sit back and enjoy the ride, knowing that someone else is going to do all the hard work to make its product more valuable – and is taking the chances and assuming the financial downside. 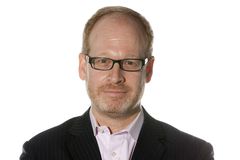 How Rogers hockey deal compares with other sports
November 26, 2013
Follow David Parkinson on Twitter @ParkinsonGlobe
Report an error Editorial code of conduct
Due to technical reasons, we have temporarily removed commenting from our articles. We hope to have this fixed soon. Thank you for your patience. If you are looking to give feedback on our new site, please send it along to feedback@globeandmail.com. If you want to write a letter to the editor, please forward to letters@globeandmail.com.
Comments