Ottawa's haste to get an oil pipeline to the Pacific built ended up being a project's undoing.

The federal Court of Appeal's quashing of the Northern Gateway pipeline's approval exposed the slipshod approach the former Conservative government took with rules of consultation with First Nations.

Now, for the Liberals and the energy sector, there are lingering risks for future pipelines and other resource projects that go beyond what the court used to strike down the Northern Gateway decision.

They boil down to a fundamental question – what must consultation achieve? Yes, aboriginal groups have rights to be informed and accommodated, but it remains to be seen how much power an opponent who refuses to be swayed ultimately has over a project's go or no-go ruling.

This is important stuff. At stake are billions of dollars' worth of pipeline proposals that the industry and its supporters stress are crucial to the economic well-being of the sector as well as producing provinces such as Alberta and the country as a whole.

The phrase nation-building is bandied about frequently by backers of such projects. They warn that energy investors are starting to turn their backs on Canada, fearing that no major infrastructure can get built. Many First Nations, though, are just as adamant about protecting fragile traditional lands, waterways and culture against the onslaught of industry.

The next test of the inexact legal principle of consultation will be Kinder Morgan Canada's Trans Mountain pipeline expansion, which won conditional approval from the National Energy Board in May. A federal cabinet decision on whether to accept the board's ruling is expected by December.

Let's go back a bit to Northern Gateway, Enbridge Inc.'s long-running quest to get Alberta's oil sands-derived crude to a port on the Douglas Channel at Kitimat, B.C. The NEB granted a green light to the project, albeit with 209 conditions, in late 2013. Former prime minister Stephen Harper's cabinet gave the project its blessing in 2014.

Several coastal First Nations appealed the approval, making a host of arguments, but the one the court zeroed in on was that consultation in the time between the regulatory approval and the government's okay was woefully inadequate.

There are specific rules for consultation in that period, including serious efforts to deal with questions and concerns about science, impact on traditional lands and other issues. The court agreed that much was glossed over in the name of sticking to deadlines. It criticized Ottawa for sending representatives into aboriginal communities who had no power to respond in a material way to requests.

"Missing was a real and sustained effort to pursue meaningful two-way dialogue. Missing was someone from Canada's side empowered to do more than take notes, someone able to respond meaningfully at some point," the judgment said.

Prime Minister Justin Trudeau's Liberals have never been Northern Gateway fans. In fact, their moves toward imposing a ban on tankers in those coastal waters seem to make the project moot – there's no sense in spending $7.9-billion on a pipeline if the crude can't be exported.

But a federal decision looms for the Trans Mountain expansion, which would triple the volume of oil it currently ships to the Vancouver area, and it will soon deal with Energy East, TransCanada's proposal to get more than a million barrels a day to New Brunswick and beyond.

There has been opposition among various First Nations to both proposals, and its likely that the courts will be busy following the Northern Gateway decision. Indeed, B.C's Squamish Nation has already applied for a judicial review of the NEB's approval of the Trans Mountain project.

Clearly, consultation will come under even more scrutiny. Adding a new wrinkle is the Liberals' signing of the United Nations Declaration on the Rights of Indigenous Peoples, which includes a clause giving aboriginal people the right to "free, prior and informed consent" over all developments on traditional lands.

Whether that could be interpreted as veto power over projects – nation-building or otherwise – will surely be tested.

Even if the government gets top marks for playing by the rules of consultation in coming decisions, it's not yet known if pipelines could still be blocked. 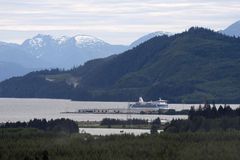 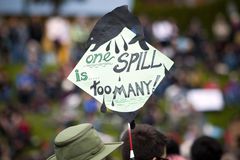