Anyone who's strolled through an older Calgary neighbourhood lately will not be surprised by the latest data on household debt.

Modest bungalows built prior to the 1970s are being knocked down at a frantic pace to be replaced by much larger infill houses. The land keeps getting pricier, as do the upscale, largely flat-roofed buildings that replace the old ones.

New numbers in a Bank of Montreal survey show that Albertans are financing these projects, along with purchases of condos, existing family homes, cars and other shiny items, with gobs of debt. In fact, Alberta households are $50,000 more indebted than the national average.

It shows that memories in the land of oil and gas wealth are staggeringly short, and that many people could be one commodity-price downturn away from big financial troubles. Alberta's economy remains closely tied to cyclical energy markets and high debt would make any commodity-fueled economic slide worse.

The numbers are revealing. Alberta households carry an average of $124,838 in debt, including mortgages, up more than $35,000 in just one year. That's the highest in the country; the national average is $76,140.

In British Columbia, where house price gains have been among the highest in the country, the average debt burden climbed more than $20,000 in the past year to $99,834.

Ontario households, by contrast, are chipping away amid the province's murky economy outlook, with the average borrowing falling to $67,507 from $76,970 last year. And while house prices have also been rising in Toronto, the city's large and growing condo market has not seen nearly the same degree of price appreciation and some other parts of Ontario, such as Ottawa, have had more lacklustre housing markets.

Of course, the Alberta economy has strengthened in the past year, outpacing the rest of the country, as the deep discount that hit heavy crude oil prices narrowed and natural gas markets staged a recovery. It also benefited from the lower Canadian dollar.

Average house prices in Alberta are still well below those in Vancouver and Toronto. Still, in Calgary single-family home prices jumped 10.8 per cent in the past year, according to the Calgary Real Estate Board. Edmonton prices are also up, albeit to a lesser degree.

"There are some remarkable similarities to the 2006-2007 episode, when Alberta, and Calgary in particular, had the strongest housing market in the country," said Sal Guatieri, senior economist at BMO Capital Markets. "Now, it's backed by pretty strong fundamentals, like good economic growth. It's the same with job growth and a low unemployment rate. As a result we're seeing a flood of people from other provinces and other countries moving to Alberta, and they need a place to live."

But how long will the good times last, and what will high personal debt levels mean when they end?

After strong gains in the winter, natural gas prices have weakened considerably over the past two months. That's been reflected in the stock prices of energy companies, whose employees are among Albertans taking on more debt.

"That's certainly a risk," Mr. Guatieri said. "We know from the U.S. credit problems that the more debt you build up the more vulnerable your households are to economic shocks. If oil price plummet, Alberta's economy will weaken, the housing market will adjust downward and correct. Households will be stuck with a lot of debt still to pay back."

Commodity prices are not tumbling like they did when the credit crisis began to take hold in the fall of 2008. But it shows that there are no guarantees.

At the national level the pace of household debt accumulation is the slowest it's been since 1995 and the slowest it has been in any non-recessionary period over the last 40 years, according to CIBC. That's been welcome news for officials in Ottawa who have been concerned about consumer debt levels.

Still, economists at CIBC pointed out in a research note that Canada's economic growth isn't going exactly as policy-makers had planned. "For the last couple of years, the narrative was that an exhausted and heavily indebted consumer would take a break, and a cash-rich corporate Canada would boost capital spending and take the reins of the Canadian economy," they wrote. But consumers have continued to carry the economy. 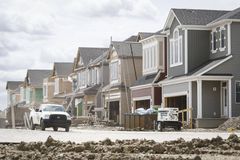 The economics behind Albertans’ love of dining out
Subscriber content
July 18, 2014 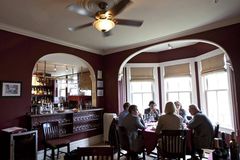 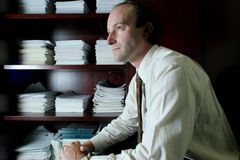 Follow Jeffrey Jones and Tara Perkins on Twitter @the_Jeff_Jones @taraperkins
Report an error Editorial code of conduct
Due to technical reasons, we have temporarily removed commenting from our articles. We hope to have this fixed soon. Thank you for your patience. If you are looking to give feedback on our new site, please send it along to feedback@globeandmail.com. If you want to write a letter to the editor, please forward to letters@globeandmail.com.
Comments